New options for toggling whether the taskbar is shown or not, as well as anonymous voting, is now available on the Among Us beta branch on Steam.

The murder mystery game that is absolutely not inspired by 80s horror film The Thing has been super popular with some of the biggest streamers on both Twitch and YouTube, even if Shroud “didn’t particularly love it”. Among Us has also seen a big surge in popularity over the past couple of months. It’s currently the fourth most played game on Steam at the time of writing, and it has also seen at least 100 million downloads on mobile devices.

In a normal game of Among Us, up to ten players are tasked with completing objectives around a derelict space ship or an abandoned space colony. Up to two of those players are impostors, whose goal is to slay everyone else without getting lynched by group votes. You can either have the game tell you if the person who was voted off in group votes was an impostor, or leave their identity anonymous.

With the new beta patch, you can now toggle on or off the option to see who voted for whom. Anonymous voting will give players the option to lie about who they voted for, or if they voted at all, adding an extra level of difficulty to the early game. 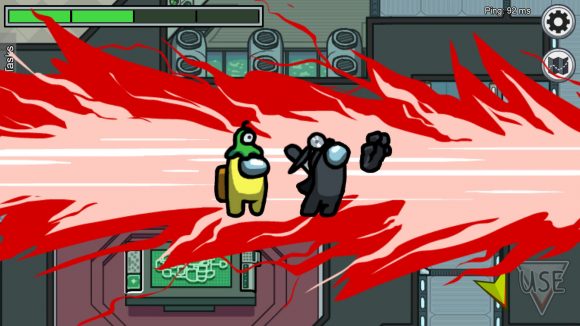 There’s also the option to turn off the taskbar, which also makes faking tasks for the impostor a lot easier to pull off. The crewmate’s only clue now would be to look at tasks with visual cues, though this can be toggled on or off too.

Finally, there’s a tweak to one of the game’s many tasks to make it colour-blind friendly. There is a task where crewmates must attach wires from one end to the other by matching the colours. These wires now have distinct shapes to make it easier to work out which wire goes where.

There’s no word as to when the patch will be officially released outside of the Steam beta, or when it’ll come to mobile versions of Among Us, but these tweaks will surely make the next few weeks of streams a lot more fun to watch.