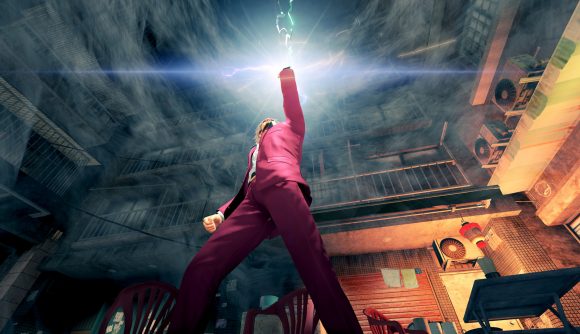 In a press release, NetEase is quick to note that Nagoshi Studio will have “full authority to manage and create the kinds of games that they are passionate about.” They also make clear that Nagoshi and his team will focus on what they call “high-quality console titles that will be released globally,” allaying fears that the legendary figure might end up making mobile games for niche markets.

According to the Verge, Nagoshi has hired ex-Sega and Yakuza team members to make the move with him, including the likes of Daisuke Sato, Kazuki Hosokawa, Koji Tokieda, and more. It seems he made the move to allow his new team to have more creative control over the projects they work on without having to fit them inside Sega’s existing-IP remit, he indicated in an interview with Famitsu.

Nagoshi also echoes this in a statement on his website: “I believe that the first step to creating high-quality titles and delivering the essence of entertainment with strong motivation starts with creating an open atmosphere in the studio. This means having open-ended discussions that ignore seniority and hierarchy.

“This means not fearing mistakes while also not being afraid to correct them, and treating failures as assets. This means not giving up on reaching the ideal, and fighting to get closer to it.”

Nagoshi had been with Sega since 1989, helping develop and oversee the beloved Japanese mob life simulator Yakuza series. Rumours have been floating around the internet since last August that Nagoshi was heading for NetEase, and it was confirmed he was leaving Sega back in October, but it has been all quiet on the Western Front until now.