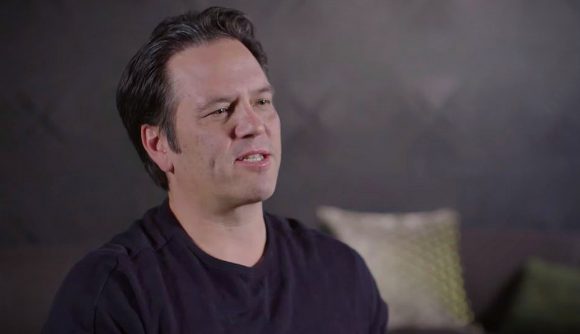 Microsoft’s Head of Xbox Phil Spencer has revealed that multiple developers have shared concerns about the sustainability of Xbox Game Pass – Microsoft’s game subscription service. Speaking on John Paul ‘itmeJP‘ McDaniel’s Dropped Frames podcast, a question, that was clipped by viewers, came from fellow Twitch Streamer Ben ‘CohhCarnage’ Cassell, who asked about conversations between developers and Microsoft about how the Game Pass works.

Phil gives us an overview of the general reception of Game Pass with developers, saying that “You can imagine it’s varied. There are people who really love players that they find in Game Pass, some of them are public about that, [but] I’ll be honest that there are developers that have concerns.”

“My inbox is there and I have conversations with a lot of those developers as to what are our real long-term goals. We get questions like ‘Hey, is this just go secure a bunch of players and rack the price up to a new level’. I said that there’s no plan for us to do anything like that, we like the value that Game Pass is today. As a business model, it’s completely sustainable the way it is.”

He goes on to expand on his point. “We’ve expanded as well, we’ve games on Steam, we’re giving players more options to buy our games. We obviously support free-to-play games, which don’t have a big role to play in Game Pass.

“But that dialogue with creators that’s around questions they might have is a really healthy one and I don’t shy away from questions that I get. The biggest question is usually around long-term value of content and what does this all mean. Those are good, healthy questions. The upside is that we can take more creative chances than a pure retail model allows. We can go and greenlight games because we know we can get millions of Game Pass players to engage and play those games. If it was purely driven for greenlighting based on units or revenue that you might gain just form that title, it can be more challenging.”

In the same interview, Phil was also asked about rich people asking for a free Xbox Series X, to which he replied, “We tell them that their Xbox is being sent to the Boys & Girls Clubs of America, then tell them where they can buy their own Xbox from.” If you ask us, this is the correct response, and he does rightly point out that Snoop Dogg was an exception as he has collaborated with Xbox for several years.

We certainly hope that developers making games for the subscription service feel confident that their experience with Xbox Game Pass does indeed allow them to create fresh and innovative ideas. We certainly wouldn’t have the likes of PUBG, CS:GO, or League of Legends if developers weren’t allowed to take risks every now and then.