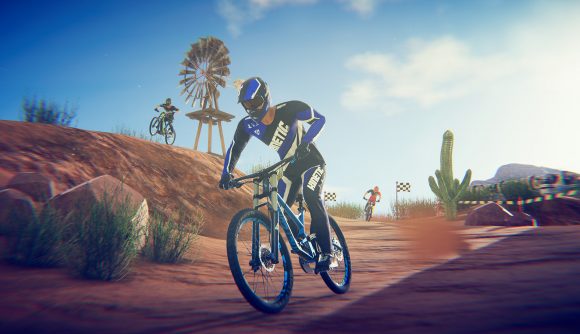 Listen up sports fans, War Child UK, a charity that helps support children caught up in conflict, is holding a Sporting Champions fundraiser on Steam, and it means you can pick up some cheap sports-themed games while helping out a good cause.

If you’re looking for something a little less serious, the sale also includes Snowtopia: Ski Resort Builder, a management sim that’ll put your piste building skills to the test, and Team 17’s Worms Crazy Golf, which mixes the explosive action of traditional Worms games in with the chaos of crazy golf. These games can be picked up for $19.99 / £15.59 and $2.49 / £1.74 respectively.

For those of you looking to splash the cash and expand their library, you also have the option of picking up the Milestone Anthology bundle, which includes Moto GP, Ride 3, Monster Energy Supercross – The Official Videogame 3, MXGP 2019, Ghostly Matter, Gravel, and Sebastien Loeb Rally EVO for just $39.13 / £29.57. In other words, a bargain.

War Child UK has also partnered with a number of Twitch streamers, like ‘Clareypops’, ‘Ninadore’, and ‘ThePrinceGaming’. You can find out more about the streams and make a donation here.

“Following on from last year’s successful Sporting Champions fundraiser, this year’s event includes a new list of games that gamers can try out at a discount as well as help raise funds to aid the young lives of many,” says David Miller, head of gaming partnerships at War Child UK.

“Sport is something that brings many people together and is considered to be a universal language, which makes the Sporting Champions campaign and its games on offer apt for bringing gamers together to support via the Steam sale and charity streams.”