If you’ve been watching the comings and goings of top esports organisations in recent weeks, you’ll have noticed that there’s been a bit of a rush to sign top Valorant talent. Well, don’t expect Team Vitality to join in on that rush, because unlike G2 Esports, the organisation is taking a more cautious approach to the game and its competitive scene.

That doesn’t mean Team Vitality’s top dogs don’t see the potential of the game, though. This weekend, the organisation will be joining forces with Corsair to host the Vitality European Open, a competition with a 15,000€ prize pool, that forms part of the Riot Games endorsed Ignition Series. It’s a big commitment from an organisation who are yet to sign a single player, but it’s also a sign of things to come.

So to find out more about Vitality’s stance on Valorant and how the team plan on tackling the tactical shooter’s burgeoning esports scene, we spoke with the organisation’s CEO, Nicolas Maurer.

The Loadout: The last time we spoke, you mentioned Vitality isn’t always prepared to rush into new titles. Is Valorant different?

Nicolas Maurer: I don’t think Valorant is any different. Like any new title, we have to do a proper analysis, look at the metrics and the trends, look at public appeal, viewership, and all these different factors. Of course, there’s guesswork here, so you have to combine elements and try to draw a conclusion. When it comes to Valorant, we are extremely excited about the game.

First of all, the game is really well done, even if it has just been released. Second of all, Riot is behind it and when you have a publisher that is so experienced in esports, it’s a very good sign. Riot is also sharing its plans with partners so we can see where it is going. All that being said, we want to take our time because whenever you enter a new title, you need to find the right balance in time. If you go too soon, you take the risk that the game will never pick up as an esport. And then you have invested heavily, and nothing happens. Basically I’m looking at games like Apex Legends. I’m not saying it doesn’t exist in esports, I’m just saying that’s not where the viewership is.

So, for us, we try to find a balance where we want to invest at a moment where we see trends and we are confident that the game will be an important title. And for Valorant, that’s likely that’ll be the case, but it might be too soon. That’s the first part, and the second part is that, right now, I feel the competitive scene isn’t very well established. Most of the players are former Counter-Strike pros and no one knows if those players will still be dominating the game in six months, one year, two years.

We love the game, but we want to take our time.

That makes sense. So will the upcoming tournament not be used as a scouting mission then?

We would be fools if we were not looking for players there, so of course we are looking. We will be watching and assessing the performances, but that does not mean we will pick three players from this tournament and immediately form a team.

We would be fools if we were not looking for players

Everyone’s watching basically, but we don’t feel we’re in a rush to commit right now and sign a team for three years.

So why are you hosting the tournament then?

Organising a tournament is clearly not our business but it’s something we’ve tried doing in the past. It’s interesting as it’s a new opportunity for our partners, so it helps us do new activation and they’re happy to see us do that and make content around Valorant. It’s also useful because it’s being hosted on Vitality TV on Twitch, so there’s more content there.

It’s something we’d like to explore and we’ll see how it goes. We’re not aiming to become DreamHack or FACEIT tomorrow – it’s clearly not our business but it can be an interesting side business that we can do with partners to serve our community. On that that note, the Valorant ecosystem mainly consists of third-party tournaments at the moment. Is that something that concerns you at all?

I cannot hide that we have a preference for a closed franchise ecosystem. From a business standpoint, that’s the superior product when we can commit long term in closed leagues – that’s not really a surprise with the LEC model being the one we love the most. That being said, we respect the fact that maybe Riot considers it might not be good for Valorant. They know what they want for their title and so they’ve made a conscious choice to form an open ecosystem, which in Counter-Strike creates huge excitement and viewership.

I like that Riot is also taking a cautious approach. I like that they’re not forcing a product and saying it’ll be the next big thing and expect everyone to pay 20 million right now. I prefer this approach, even if the format isn’t the one we prefer from a business perspective.

Obviously G2 Esports has been very quick off the mark securing European talent. Do you think G2 is forcing the hands of other teams when it comes to putting a team together?

No, I don’t feel forced. Just because they have this aggressive strategy does not mean we have to do the same. I respect that strategy. But right now, no one really knows what will happen. Maybe they’ll secure top talent right now and this top talent will still be top talent in three years – then their gamble will pay off. Maybe some youngster will come in and play better than everyone else and they’ll have to make a change, who knows. I like what they’re doing, I just don’t think it’s the right strategy for us.

A number of organisations have signed rosters consisting of former professionals from different backgrounds, like CS:GO, PUBG, Overwatch, etc. Is there any particular player that you’re targeting?

I think there are a lot of factors to consider when you sign a player. What we’ve seen is a lot of teams sign a player with a big brand that can bring their community and fans to a team or you could sign a super promising 16-year-old that no one knows. It’s just choices you make.

In North America we’ve seen a lot of teams signing one player that has a big brand and then the organisation will slowly establish the team around that guy. And in the period where there isn’t a proper competitive scene, they can use that player to create content for them. I think it makes sense, but when we sign a Valorant team, I don’t care about the background of a player. I care about their dedication. 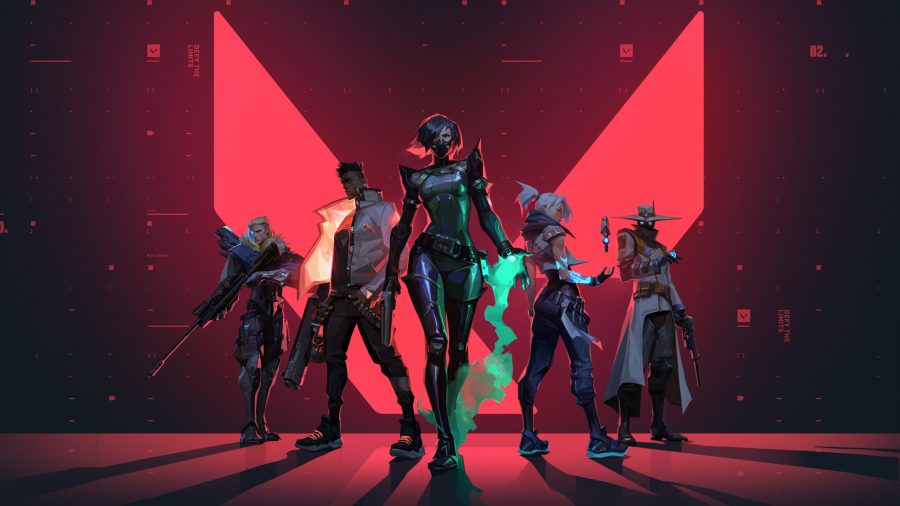 How has Riot done so far when it comes to supporting the esports scene?

I think they’re taking a cautious approach where they want to see the game growing in viewership before going bigger and bigger. I like that. I think Riot is extremely confident in Valorant and for good reason. It’s a brilliant game, but Riot wants to see it organically grow. We’re working with them on the Ignition Series and I really like the communication we have. Riot is doing well and they’re doing things in a smarter way.

Final question for me, what is Vitality’s grand vision for Valorant?

It’s simple. If it’s a relevant title, we want to be a part of it in a big way. If we go in, we’ll go in big. And when that happens, we’ll invest what it needs to get the right talent.