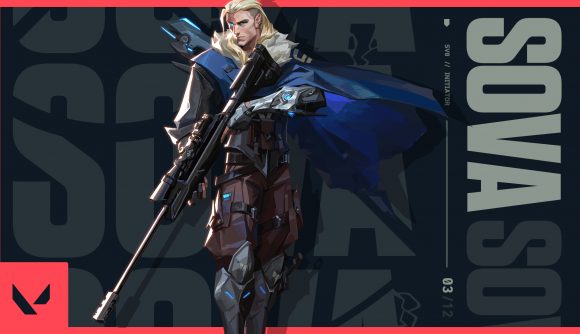 Valorant is one of the most anticipated games of this year, but we still don’t know much about it. Riot Games is giving us a constant drip feed of information about the game and its mechanics, and today the company has lifted the lid on its newest agent, Sova.

Sova is a Russian sniper who scouts the way on the battlefield with his Owl Drone. The Recon Bolt, his special ability, deploys a sona wave, tagging nearby enemies, while his ultimate, Hunter Fury, fires bolts of energy across the map, wreaking havoc on the battlefield.

Unfortunately, that’s all we know about the sharpshooter at the moment. His abilities are featured in the game’s latest trailer, which you can watch below, but that’s we’re getting from Riot at the moment. Valorant was only truly revealed this month, so we can forgive the developers for being a little bit light on the details at the moment.

For now, we’ll just have to wait and see what happens. A number of professional players and content creators have already played the game, and a beta is rumoured to be available soon.

SOVA /// Russia
“Wherever they run, I will find them.”#VALORANT pic.twitter.com/PGVmZMXNLh

Although we don’t know when the beta is going to drop, we can’t think of a better time to get our hands on a new title.