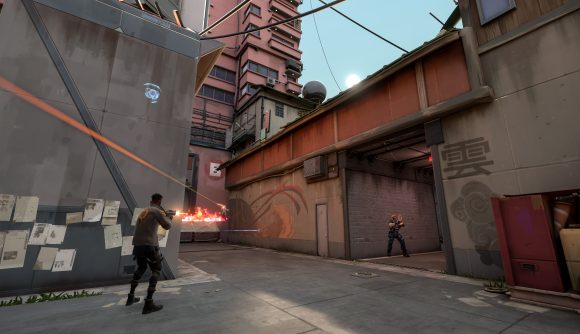 We’ve said it before and we’ll say it again – where there’s a game, there’s a dataminer. Riot’s plan for Valorant, as we know it, says that the developers are going to be adding a new agent every two months or so, which has lead to plenty of speculation of who the next agent is going to be. However, Riot says that the widely rumoured Shatter and Crusader will not be the next agents to be added to the game.

Dataminers have been pretty good at uncovering some hidden details of the game so far, and they pulled out the names of two potential agents Shatter and Crusader. Little bits of information have come out about these names, but as it turns out they aren’t future agents – in fact, they’ve been scrapped altogether.

On Twitter, Ryan ‘Morello’ Scott, who works as the lead character designer on Valorant debunked that these agents were on the way by telling fans that they are “super old cancelled characters. I’ve talked a bunch on my stream about Crusader getting the axe. Y’all reading too much into files – lots of stuff cut from the game over time.”

Someone asks why they would still even be in the game, and Morello clarifies that they’re only still in the game because removing them can create bugs. “References (where files refer to other files) are a big thing in development. Old things like this got some art built that we use (materials, or shaders, etc) on other things, and if you just yank them out you get a lot of weird bugs.”

Super old cancelled characters. I've talked a bunch on my stream about Crusader getting the axe. Y'all reading too much into files – lots of stuff cut from the game over time https://t.co/goz3I3hiwJ

Some of the files that dataminers found alluded to a shield for Crusader and shattering sound effects for Shatter. Although we’re sure they would have been cool additions to the FPS, Riot must have scrapped them for a reason.

Shatter is another one of the agents that has possibly been scrapped, but unlike others, this has not been confirmed.

After digging through dev audio files for hours, I have been able to match up some sounds to his clone ability. Enjoy! pic.twitter.com/8jRcupYQ76

The last agent added to Valorant was Reyna, a Mexican ‘Vampire’ who uses the souls of enemy players to regenerate herself as she dominates the playing field. She was added into the game at the beginning of June so it’s likely not too long before we get some hints to as who the next Valorant agent actually is.