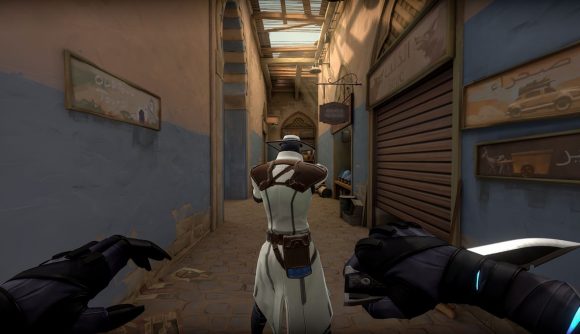 11AM PT The fix has now been deployed and the drops have been turned back on.

Valorant’s closed beta is finally here, and although more than one million people are currently tuned in to watch gameplay of the new tactical streamer on Twitch, many players have been unable to make it onto the game’s main menu.

The error, which has frustrated some content creators, is currently being investigated by Riot Games, but until a fix is found and deployed, closed beta drops have been disabled. This means if you’re one of the many viewers with a handful of streams up on Twitch, you’re going to have to wait a little while longer to try and get your hands on a closed beta code.

“Thanks for being patient a we sort through some of the issues we’re discovering,” game director Joseph Ziegler says on Twitter. “As many are watching player streams, we are watching a stream of our hardworking engineers hammering at the problem trying to get it sorted as soon as possible.”

While Riot Games’ decision to delay closed beta drops might be confusing for some, it’s for the best. Riot’s engineers can help shore up the servers for an additional influx of players, while fixing the problems for those who already have access, making it a smoother experience for all.