With EA Sports considering renaming the FIFA Series, now could be the perfect time for Strikerz Inc’s new free-to-play football sim, UFL, to kick-off and score where Konami’s eFootball failed. If you’re looking forward to Strikerz’s upcoming release, we have everything you need to know about the UFL release date here.

UFL has been in development for quite some time now – Strikerz reportedly started work on the project in 2016. However, there’s still a lot to learn about this game that’s set to challenge FIFA for a place on your console. With West Ham, Rangers, Celtic, Besiktas, and Sporting CP all signed on to be licensed clubs, things are looking good for this newcomer to the football game scene.

In January during a livestream, we finally saw our first glimpses of gameplay, got details around UFL’s game modes, and an update on when the UFL release date may be. Here’s everything we know about the game so far.

According to Strikerz, UFL is set to release in 2022.  We don’t have a concrete release date just yet, but it is likely to launch around the same time as FIFA 23, which is expected to come out in late September/early October 2022.

Strikerz finally revealed some UFL gameplay during its First Look livestream. You can check it out below. 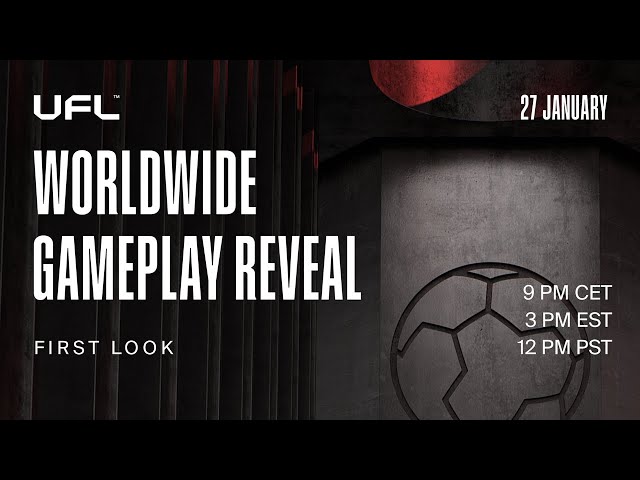 From what we have seen, it looks a lot like what you would expect from a football sim. It’s all in-engine footage and showcases some impressive graphics and character models, and the pacing looks to be similar to that of PES/ eFootball, rather than the faster-paced action you see in FIFA titles.

The curtain rises and there are no empty seats: everyone is ready to enjoy another masterpiece📽️

The premiere is here and now — meet our next Ambassador @DeBruyneKev 🔥 pic.twitter.com/WWUQkA7w0v

Well, that’s everything we know about the UFL release date right now. With Strikerz having already signed on several major clubs as partners and world-class players, like Kevin De Bruyne, Romelu Lukaku, and Cristiano Ronaldo, as ambassadors, it’s not impossible to think that this game could rival FIFA in the future.