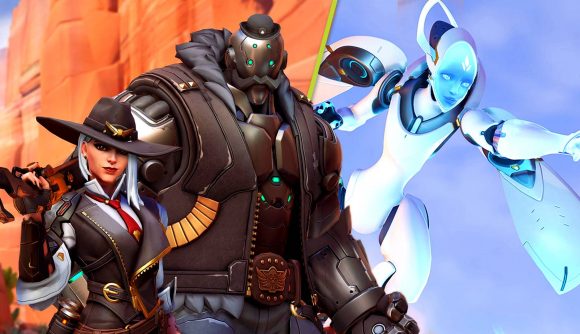 On April 21, known leaker Tom Henderson has reported via Exputer that Ubisoft is working on a new arena shooter with the codename “Project Q”. According to Henderson, this “innovative and modern PvP battle arena game” is going to feature two primary game modes: Showdown and Battle Zone.

Interestingly, Henderson suggests that Showdown is Project Q’s take on the battle royale genre. However, in the same breath, he describes it as a mode where four teams of two battle it out. This suggests that Project Q is going to have a Wingman mode, if anything, alongside Battle Zone – which pits four against four in a point-capture mode.

Henderson has reportedly seen footage of Project Q and suggests that “the game’s art style [is] similar to EA’s Knockout City or Activision’s Overwatch.” Looking further into his description of heroes, abilities, and wacky weapons, Project Q could be more than just visually similar to Overwatch.

“ Players get to pick their heroes’ own weapons, abilities, and skills,” according to Henderson, “with a player being able to pick three individual ‘wonders’ that can be mixed and matched.”

Project Q’s weapons aren’t going to be “your typical assault rifles and submachine guns thought”, he continues, but rather “a deck of cards, fireworks, hammers, sticks, and paintguns”. It seems, then, that this unannounced arena shooter is aiming to offer something different and, perhaps, a little more light-hearted than Ubisoft’s other upcoming shooters – like The Division Heartlands and Tom Clancy’s XDefiant.

Project Q is reportedly in development at Ubisoft Bordeaux, a support studio for Assassin’s Creed Valhalla, Rainbow Six Siege, and Beyond Good and Evil 2. We don’t know anything else at the moment, and may not for some time, but keep an eye out for Project Q – who knows what might pop up next.

If you’re looking for something to play right now, though, we have you covered. Check out the best free Xbox games here, or the best free PS5 games here – if you don’t have an Xbox.