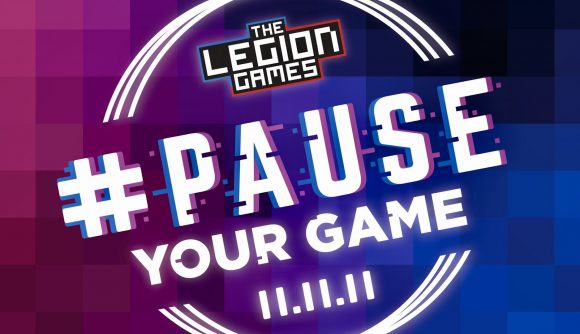 Playing videogames is a favourite past time of ours, but did you know your skills could be put to good use? Well, The Legion Games, a sub-team of the Royal British Legion, has launched the #PauseYourGame campaign – an act of Remembrance by the games and livestreaming community.

The campaign will run for a whole week from November 4-11 and will be supported by both The Loadout and our sister site PCGamesN as the official media partners. While Hannah ‘Lomadiah’ Rutherford will be hosting the bulk of the events during the week, streamers big and small are invited to do their bit for The Legion Games.

“I’m very excited to be working with The Royal British Legion for Remembrance 2020; they’re an amazing charity that has been impacted – like many – by the pandemic,” Hannah ‘Lomadiah’ Rutherford, says. “The #PauseYourGame initiative is a fantastic way for gamers and their viewers to get involved from the comfort of their home and potentially win some awesome prizes!”

The campaign, which we’ll reveal more about soon, will come to a close on November 11, when streamers – and the wider games community – will be asked to pause their game or stream for two minutes at 11:00 GMT in an act of Remembrance. This is to help pay respect to the fallen in a year where traditional ceremonies cannot take place.

“Since the end of the Second World War 75 years ago, Remembrance has continued to be an important moment for the Armed Forces community,” The Legion Games’ head of innovation, Chanel Woodland, says. “However, due to COVID-19 this year’s commemorations will not be the same. #PauseYourGame is not only an effort to raise money to support our Armed Forces community, but also connecting those who cannot physically do so in 2020.”

Since we spend most of our time writing about games, both The Loadout and PCGamesN have committed to pausing all posts during those two minutes and we’d encourage you do something similar.

We’re still a couple of weeks away from the launch of #PauseYourGame though, so keep your eyes peeled on the official Twitter and Instagram accounts to find out what’s coming and when. If you’d like to be part of the team and help raise some much needed cash for the charity, you can grab some assets for your stream here or join the dedicated Discord.