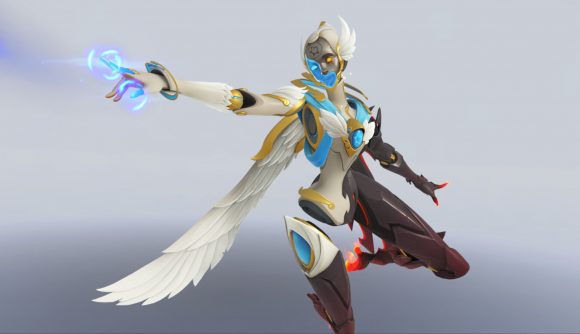 Ever since the start of the Overwatch League, players have been fighting for more than just glory – they’ve been fighting for a chance to cement their legacy in the game that they love in the form of a unique MVP skin. However, that chance has been taken away, with Blizzard announcing it was no longer going to support those skins going forward – a move which has left some players disappointed.

The news came after Blizzard released two skins last month – one to celebrate San Francisco Shock’s 2020 championship and the other to celebrate MVP Byung-Sun ‘Fleta’ Kim’s contributions to the league that year. However, according to Jon Spector, the league’s vice president, the team decided late last year that this will be the last MVP skin and players are understandably pretty sad about it.

“MVP skins are cool because they bridge the gap between Overwatch and the Overwatch League,” Shock’s Matthew ‘super’ DeLisi tells The Loadout in a press conference. “So to see it go is a little disappointing, but what can you do?”

Toronto Defiant’s Andreas ‘Logix’ Berghmans says having the opportunity to have a skin in a game you compete in is a “huge honour” and that hearing it has been taken away is “very sad.”

However, while most players agreed it wouldn’t affect anyone’s motivation going into the new season, which starts on Friday, many hoped Blizzard would find a new way of rewarding players in-game.

“There are ways to do it,” Houston Outlaws’ Jacob ‘JAKE’ Lyon says. “I know Counter-Strike does things where like, if a certain historic play happens on a certain part of a map, they’ll put a graffiti there. The casual players might not even realise what it’s for, but for the people who know and the players who did it, it’s a reminder of that amazing moment.” 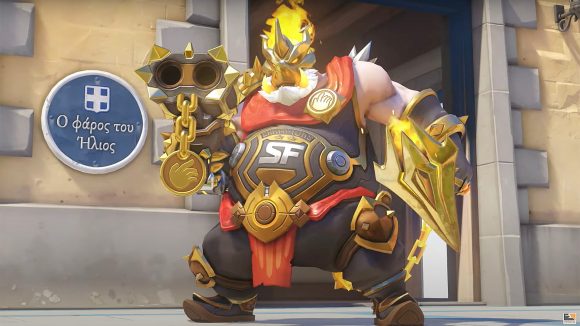 However, while there’s clearly a yearning to see some form of award return, there’s also a desire to see the criteria for said award expand. JAKE notes that in the past MVP awards have only been won by carry heroes, therefore reducing the amount of players eligible.

“I definitely want to see more celebration of the professional players in the game,” he continues. “MVP doesn’t have to be the way it’s done right? There’s a bunch of heroes that will never win an MVP, so I feel there’s maybe a way to do it that isn’t so individualistic.”

Since our conversation with players, Spector has noted in a Reddit AMA that the Overwatch League will seek to create legendary skins, like the San Francisco Shock one above, to celebrate team success and special moments throughout the season. He says “we’ll actually have more OWL legendary skins this year than ever before” and that they’ll continue working to find “ways to spotlight” moments of brilliance in the future.

With the season starting this Friday (April 16), those special moments aren’t far away. Catch the first game between the Houston Outlaws and Dallas Fuel over on YouTube from 12:00 PT (15:00 ET / 20:00 BST).