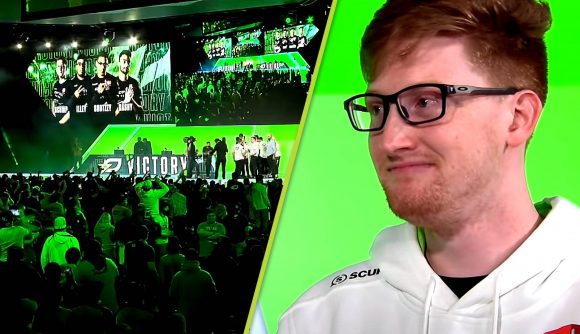 The 2022 Call of Duty League season is well underway now and players have just finished competing in the first LAN tournament of the year: CDL Major 1. Hosts OpTic Texas ended the tournament with a triumphant 5-2 grand final victory over reigning CDL champions Atlanta FaZe and the viewership figures for the tournament are as impressive as the final itself.

Despite reporting slightly lower viewership numbers, which fans have attributed to the fact that it only tracks official YouTube channel traffic, Esports Charts reveals that the 2022 Major 1 reached at least 20,000 more viewers than the second-most viewed Major, 2021’s Major 3.

While these numbers are impressive, they’re still dwarfed by the biggest events in the Call of Duty calendar. The Call of Duty World League Championship competitions for 2018 and 2019, and the CDL Championships from 2020, and 2021 all boast higher peak viewership figures – according to Esports Charts.

With OpTic Texas and Atlanta FaZe both featuring heavily in the most-watched matches of the tournament, the next challenge for the Call of Duty League is whether they can maintain these high viewership numbers as the season progresses and play on the draw these two teams have. Traditionally, viewership numbers dwindle as the season continues – but there’s nothing to say that the 2022 season won’t break more records, looking at how it has started.