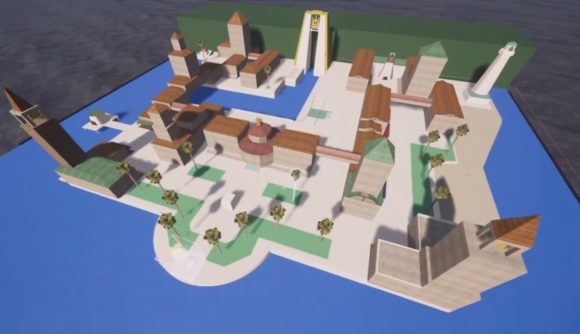 The first level created by Gunderstank_16 is Bob-omb Battlefield from Super Mario 64’s first world. Bob-omb Battlefield’s open space is littered with hills, perfect for street skaters who don’t need ramps to build high scores. Skating all the way to the top of the mountain reveals a stationary Big Bob-omb. We would’ve preferred if there was a big ramp at the top, but this is a faithful recreation, so that may be asking for a bit too much.

Gunderstank_16’s recreation of Delfino Plaza may not be a 1:1 remake of Mario Sunshine’s main hub world, but this version works surprisingly well as a skatepark. There are ramps on most of the buildings, giving players enough speed to launch themselves into the rails that are scattered throughout. Of the two Mario levels, Delfino Plaza works best as a skatepark as the area is much more condensed, giving players more to do as they skate around the level.

If you hate Mario and would rather play in a more traditional skatepark, Gunderstank_16 has you covered. Carrying on with the recreation theme, Gunderstank_16 built levels from Tony Hawk’s Underground 1 & 2 (Hawaii and Boston) which work perfectly, even without THUG’s Caveman mechanic. 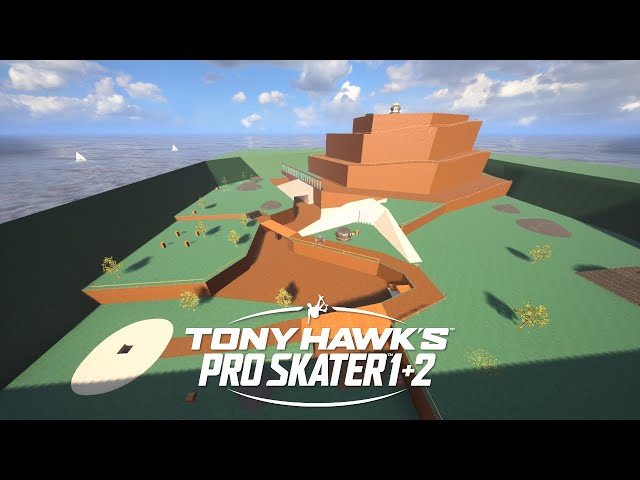 Unfortunately, if you aren’t playing the PlayStation 4 version of THPS 1 + 2, you won’t be able to try these levels for yourself. Activision has not included any form of crossplay support, meaning Xbox and PC users are completely out of luck. For the PlayStation 4 users, just search for Gunderstank_16 and you should be able to find all of his published maps.