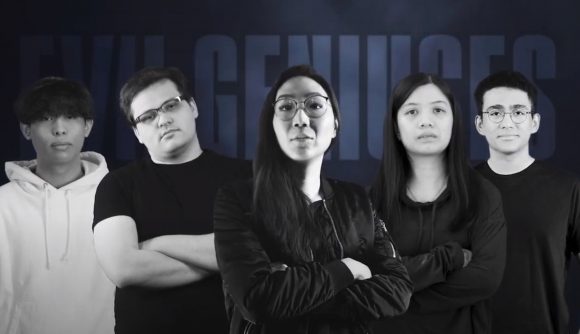 Christine ‘Potter’ Chi is a recognisable face among Counter-Strike: Global Offensive fans. As a seven-time world champion and a celebrated analyst and caster, Potter lives and breathes esports. But now, nearly three years on from her last competitive match, she’s taken on a new challenge as the captain of Evil Geniuses’ new mixed-gender Valorant team.

“When I quit CS:GO, I had a moment where I struggled with whether I do the normal Twitlonger to announce I was retiring and I didn’t do it,” Potter tells The Loadout. “I knew that I was going to stop competing for a while, but I didn’t feel ready to announce I was retiring. I have a DM with Rod ‘Slasher’ Breslau where he asked me if he should list me in his Discord as a player or caster and I told him probably as a caster, but you never know – and that was two years ago.”

Last summer, Potter picked up Valorant during the beta and fell in love with it. But it wasn’t until she played in a tournament that the bug came back. “It brought back a lot of memories and my urge to compete again,” Potter says. “I’m a competitor at heart and whenever I play, I just want to win.”

From there, her love for Valorant grew, but competing under a new banner didn’t cross her mind until Evil Geniuses approached her towards the end of 2020. A few months later, the team, consisting of Potter, Nolan ‘Temperature’ Pepper, Aleksandar ‘aleksandar’ Hinojosa, Ronan ‘Osias’ Javelona, and Claudia ‘Clawdia’ Che, was born.

While this is the first time a mixed gender roster has been signed in top-tier Valorant, it’s not a new concept to Potter.

“I had an opportunity back in 2013 to have a mixed gender roster for CS:GO and I didn’t do it,” Potter says. “At that time, even though I was super confident, I still had doubts, and I still have doubts today.”

But those doubts have been allayed somewhat by the support behind the scenes. Nicole LaPointe Jameson, the organisation’s CEO, noted on Twitter shortly after the announcement: “I don’t care where you come from. Nor your creed, gender, religion, class, past industry, or sexual orientation. If you are the best of the best, you have a home here at Evil Geniuses.”

I don't care where you come from. Nor your creed, gender, religion, class, past industry, or sexual orientation.

If you are the best of the best, you have a home here at @EvilGeniuses . https://t.co/zTRQtoUr6L

For Potter – and the rest of the team – that means the world. “It’s important to have someone that has your back at all times, to reinforce whatever confidence you have, because even you have confidence in yourself and your game, you’ll have doubts no matter what.”

Fortunately those doubts don’t seem to be a factor currently and Potter is relishing the competition once again. Surrounded by the fresh hungry faces of her team, Potter is aiming for a top 16 finish for the Valorant Champions Tour. It’s a big ask, but given Valorant esports is a new and developing scene, it’s the perfect opportunity for Evil Geniuses to dig in and prove themselves.

“For at least the next year, year and a half, the competitive landscape is going to change constantly, especially depending on how much Riot wants to change up the agents and weapons,” Potter says. “That’s going to demand players to be more consistent and, at the same time, allow evnewer players to edge their way in – and that’s what we’re seeing now. 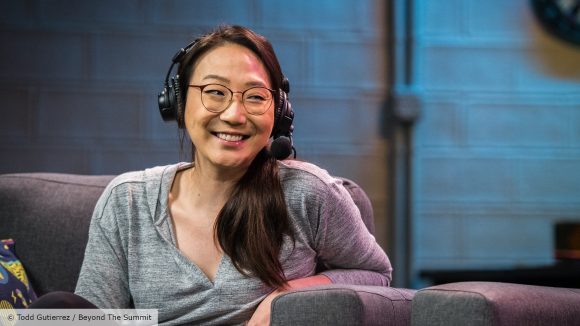 “I think that opens a door for a lot of these newer, fresher faces that we’ve never really heard of and that ignites a fire in them. Osias has never competed in a top team and he’s a hungry man – he’s ready to get it. Clawdia isn’t an established player but she’s fucking nuts and she’s ready to prove herself. There’s room for me to prove myself too.”

Evil Geniuses might be a new name in Valorant, but its players are hungry and raring to go. And, with the guidance of a seven-times CS:GO world champion, the sky’s the limit.