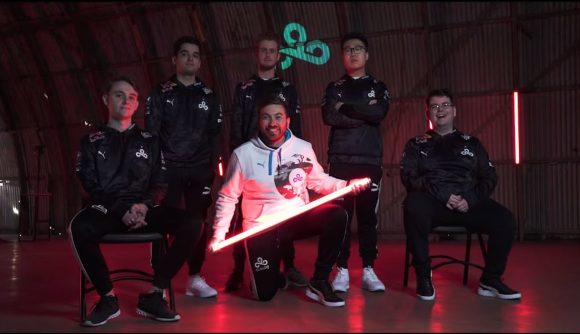 Cloud9 has announced a complete restructuring of its Counter-Strike: Global Offensive division, which includes dropping the entire roster after the ESL Pro League Season 12 ends. “Cloud9 is not leaving Counter-Strike,” the team confirmed in an official video on YouTube, “they’re just in the process of restructuring their entire Counter-Strike division.”

In a blog post which was released alongside the video, Cloud9’s CEO Jack Etienne told fans Cloud9 would help place the current roster with “new teams that are good fits and will help them further their careers,” and that the players will continue to represent Cloud9 until such teams are found.

Since winning the Boston Major in 2018, Cloud9 has undergone three – soon to be four – substantial reshuffles while trying to find success. The current lineup, acquired from ATK in January, has fared the best since then, but has not been successful enough to avoid another rework.

In the YouTube video, the Cloud9 players thanked the organisation for the time they had spent there, with their statements interspliced with footage of various matches and victories the players have enjoyed under the Cloud9 banner.

Today we near the end of #C9CSGO's current chapter as we enter a rebuilding phase.

During this process, our current team will continue as Cloud9 while we evaluate new opportunities for them.
📰 Read more: https://t.co/PSXdIlSlep
📺 Watch Full: https://t.co/Zmn61guobc pic.twitter.com/CvEB0piFae

Etienne added that the players “have proven themselves more than capable of competing at the highest level, and we are certain they will find more success in the near future.”

Cloud9 has promised more updates soon, but for now we don’t know exactly what the future holds.