Jakob Lund Kristensen is about as experienced as they come in esports. Having been involved with the scene for well over a decade, he started out working lower-level jobs in the industry before founding the Copenhagen Wolves in 2012. Once the Wolves disbanded in 2016, Kristensen founded Astralis, BLAST, and most recently, Astralis Group, which brought together Astralis’ various brands and titles. He’s witnessed the esports ecosystem grow from infancy to its current state.

Most famous for their catalogue of Counter-Strike:Global Offensive successes, Astralis is a household name in the world of competitive gaming. However, the organisation has also set benchmarks in the often overlooked commercial side of esports, becoming one of the first publicly listed esports teams in late 2019, as well as expanding into League of Legends and FIFA in recent years before bringing their teams together under the Astralis banner in 2020. It’s perhaps characteristic of its success that these milestones occurred close to a year of economic and logistical turbulence.

So how does Astralis go about navigating the esports landscape? And what does the future hold for an industry that continues to strive towards profitability? We talked to Kristensen to find out.

The Loadout: You’ve been involved in esports for a long time now. How is the industry different compared to when you started out?

Jakob Lund Kristensen: Bigger budgets and bigger organisations. When I started out with Copenhagen Wolves I was the social media manager, the accountant, the sales guy. Now I actually get to focus on what I’m good at, and we get to hire people of such a quality that I can actually leave other things in the company to other people. And they’re not just as good as me, but often significantly better.

During the infancy of Astralis we thought we were better than everyone else, but we really weren’t. If there’s two things I’ve really seen over the years it’s how much better some of the people outside the esports space really were at some things, and that the esports space actually needed help.

We really thought we were better than everyone else, but we really weren't

Bringing in someone like Kasper Hvidt as our sports director, and bringing in Anders Hørsholt, our new CEO who used to run the biggest entertainment and sports complex in the Nordics – it’s been mind-blowing to see how much better they are. And that’s been enabled by Nikolaj Nyholm [Jakob’s business partner] and RFRSH, after that everything sort of took off; without that we would never have had someone like Kasper because we didn’t have the money or the vision to see it was needed. So if anything has really changed it’s perspective. Perspective and infrastructure. 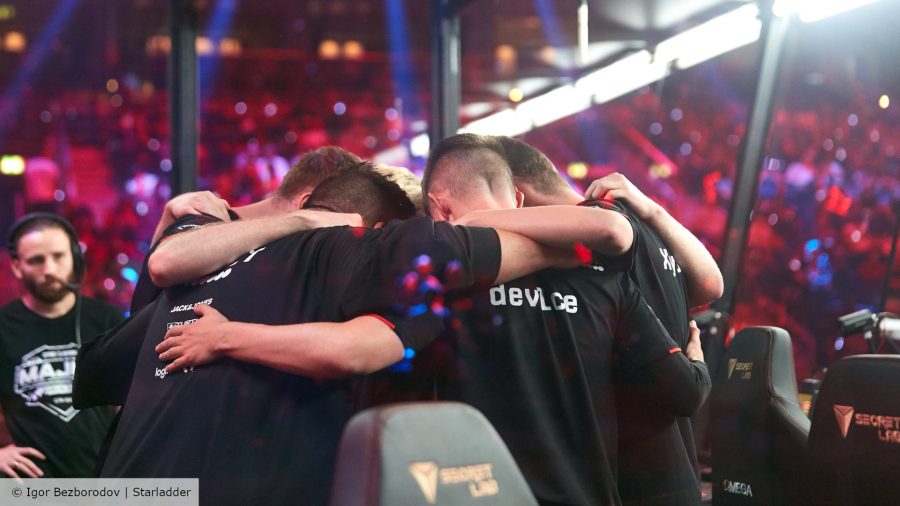 And have you found there’s recently been more changes with regards to players’ mental health too? In the past we heard tales of gaming houses which basically turned into quasi-prisons..

Imagine having a boarding school for kids without grownups – that’s what it was. We’d never do that, but we’d have a place where they live in separate apartments and then an office where you go to work, because one of the most stressful things for esports pros has been the blurred line between playing for fun and being at work. Finding a hybrid model that works in the esports space has been a real challenge, but we’re getting better at it.

There have also been issues in the past with not knowing who decides whether you play or not, and not knowing the parameters of your or your team’s success. That’s so stressful! One of the reasons Astralis has been successful is because we’ve created a system where players know what they need to do to succeed. We have a system that prevents those other stresses.

Is that a matter of implementing management infrastructure and designating clear roles?

For example with our new League of Legends team, we built it from the top down. So we don’t sign players first and then figure out what we need to do. We hire a performance manager first, then a head coach and assistant coach, then a manager. Then we decide how we want to play and then, finally, we hire the players. So we can tell them: ‘look, this is the role that we want you to play, these are your focus points, and these are the sort of champions we would like you to play.’ And then they know the parameters of their success and the team’s success. 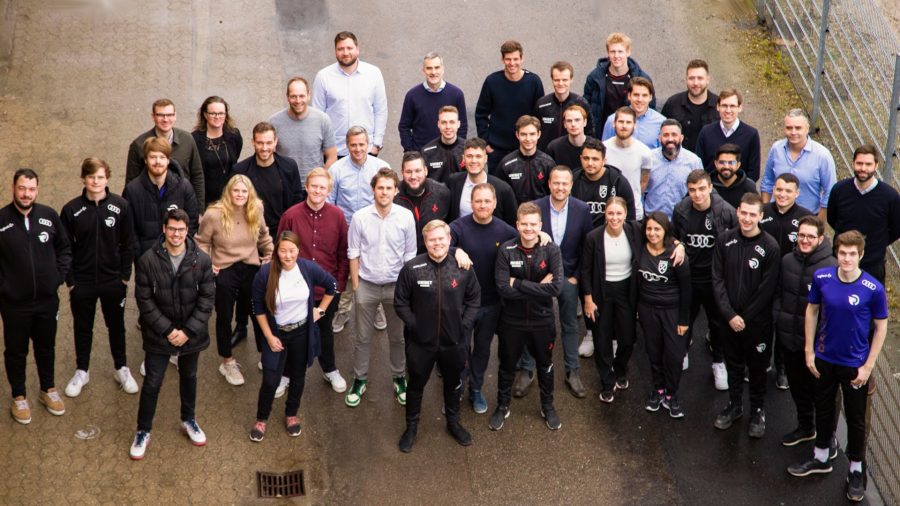 Over the years, Astralis has built commercial partnerships with a range of organisations. How have you found the sponsorship model adjusting? Have you seen it change at all throughout your time in the industry?

I would’ve liked to see the industry change more; it’s still very dependent on sponsorship. But what the sponsorships actually cover is pretty different to a normal sports club. One of the reasons we have been so successful is the fact that we do not see logo exposure etc. as the key part of the sponsorship, but it seems like most of our competition does.

I talked to a friend in traditional sports recently. It’s the direct opposite of esports as media partnerships and rights are really mature, whereas sports sponsorships are really basic packages. In esports we’re quite sophisticated in what we know about sponsorships, but the infrastructure and maturity of the media rights deals are not where they need to be.

Is that on the horizon, though?

I think the bigger challenge in esports is the fact that fans are used to getting everything for free all the time. In a normal sport – the Premier League for example – you’re able to have 140 simultaneous media rights deals running. Whereas, you know, an esports tournament, if they go on Twitch, they’re instantly everywhere. They can’t sell anything on top of that.

So I think media rights are going to come, but the key is finding the right people to develop it. To be honest, we’re not the ones doing the most for Counter-Strike in Denmark anymore. That’s TV 2, they’ve got the rights, and of course they want to build upon that. And that’s key – finding media partners who are going to build stories and storylines around the games. 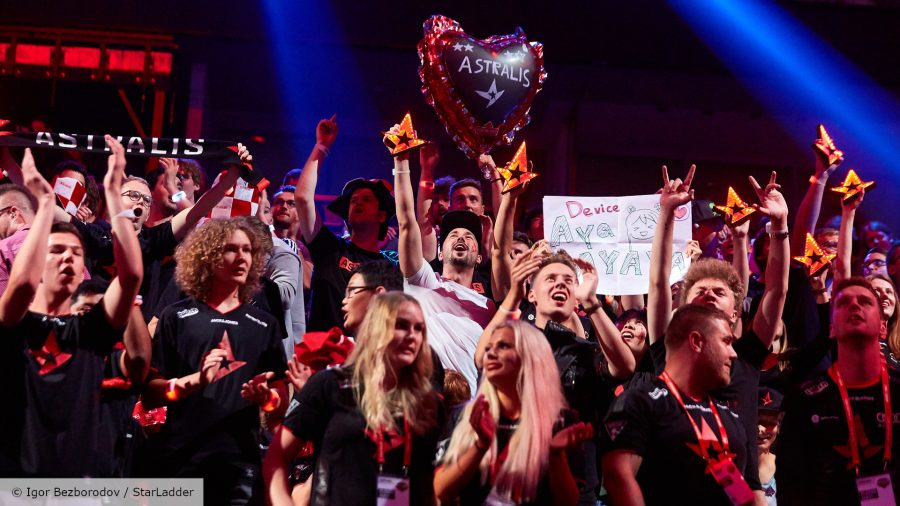 Are there any other elements of the esports audience that affect how you brand Astralis, for example?

I think – and I don’t mean this as a negative in any way – but there is a possessiveness in esports fans, because a lot of them have been there since the start. You don’t have any football fans, for example, who were there when someone had the idea to blow air into a pigskin. So of course [esports fans] are going to want a say in it and in how it’s run.

And recently, Astralis has merged its teams into one brand name. Why?

We really want Astralis to mean more to more people

We really want Astralis to mean more to more people. Whether in a building in Barcelona or Los Angeles, it has to have a resonance. We want to try and build that without ever neglecting what the Counter-Strike team has meant to the development of Astralis.

Absolutely. And we also want the teams to get closer to each other. We want Lukas ‘gla1ve’ Rossander, the in-game CS:GO leader to talk to the shot callers on the LoL teams. Last night Nicolai ‘dev1ce’ Reedtz sent out a tweet congratulating Fatih Üstün, our FIFA player, for coming second in the biggest tournament of the year so far in FIFA. That’s what I love to see; that they understand that they strive for the same thing, because they represent the same thing.

Ewan is a freelance writer and below-par Age of Empires player from Wales. He's written for The Washington Post, Al Jazeera, and others.