The red team had their backs pushed up against the wall. The opposing squad had already captured the first two points after dominating the opening team fight and needed to secure the third and final point in order to get closer to a Team Fortress 2 championship crown.

The blue shirts made their play soon after—pushing into the final point with everything they had in the tank. Players from both teams—the engineer and his sentry, soldiers, and scouts—started falling left and right as Team Blue, worn by Froyotech, started to capture the final point when everything stopped. The game froze due to lag.

Six bodies stood in a strange stalemate on the final point,  unable to move in any direction. It felt as if everyone in the match was holding their breath. “Oh they lost,” TF2 caster ‘Sandblast’ blurted out, referring to Team Red’s likely downfall as several of their key players had already been blown up. A few more moments passed before the action resumed and Froyotech blew the rest of the Corsia squad to kingdom come.

That was the scene from the Recharged Gaming League’s (RGL) Team Fortress 2 Grand Finals match in December where Froyotech dominated the competition to secure the first place finish. It was one special highlight in a year full of sticky bombs and rocket jumps in the tight knit, grassroots community of competitive Team Fortress 2 players who still compete regularly in Valve’s 17-year-old shooter.

“There isn’t a game like Team Fortress 2,” RGL head admin ‘Exa’ tells The Loadout. “Especially one that has all the elements, movement, and dynamics that this game has to offer.” 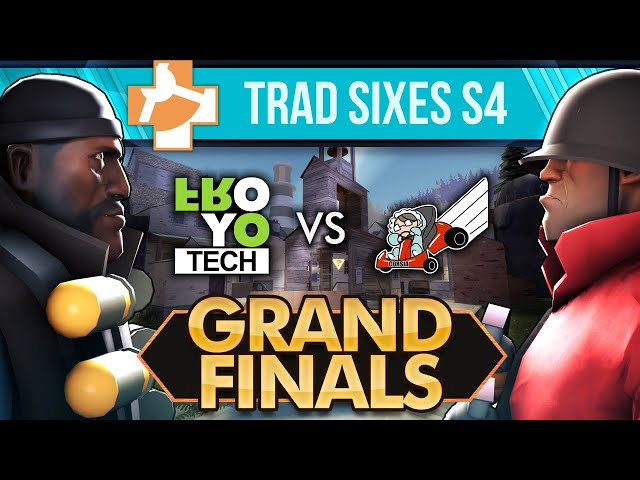 This action packed scene—where two teams were halted in the final moments of a round— is the perfect summation of the competitive scene for Valve’s colorful team shooter: incredibly fun action tied together with duct tape by the will of a handful of passionate fans. Especially amid a pandemic that has forced the community to cancel the in-person LANs they used to host.

There are no official tournaments or events hosted by Valve or its partner companies. It’s all painstakingly put together on Discord, Reddit, and other social media sites where players come together to discuss strategy, decide on rules, and compete. The RGL community has grown steadily year-over-year reaching a total of more than 3,000 players in 2020 – not bad for a near-two-decade-old game that’s just started a new season of competitive play.

“There’s no gain in leaving now,” ‘Micahlele’, who runs the RGL tournaments for the game’s Highlander mode, says. “I’ve made so many friends here over the years. I’ve been playing since I was in middle school.”

Team Fortress 2 was one of the games that helped popularize class-based team shooters. Its recognizable and comedic characters, like the Boston accent-wielding Scout, drew players in with their vibrant and bright designs. Deep mechanical systems and class combinations that are difficult to master kept players coming back for years. 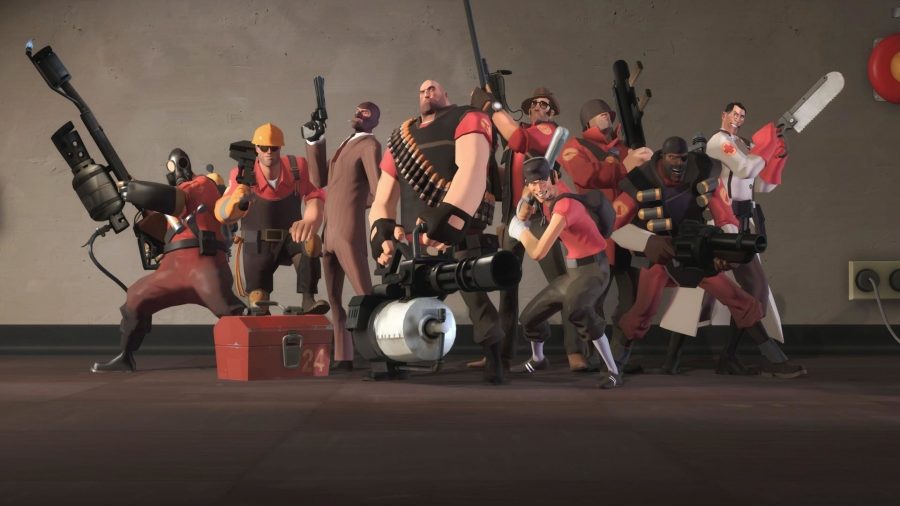 The game’s competitive scene is made up of a few modes, including the standard 6v6 mode with class restrictions (two scouts, two soldiers, one demoman, and one medic), a highlander mode that sees all classes in the battlefield in hectic 9v9 team fights, alongside a few other more casual modes.

“The standard mode has higher highs and lower lows than [Highlander]. It can have really explosive team fights with airshots and clutch plays, but at the same time you can sit in a choke doing nothing for 10 minutes,” Micahlele says adding that classes like Scout and Sniper can dominate in the 9v9 fights. “Highlander is a lot more of a middle ground. There’s plenty of great fights, but there can be too much happening at once, which makes things hard to follow.”

We want to encourage players to try different things

While its gameplay may still be as fun as it was when it launched in 2007—playing the same maps and modes over and over again can get tiresome. Valve has ceased adding new content to the game outside balance patches and bug fixes (Valve employee Greg Coomer said that “hardly anyone” was working on the game in 2019), so organizers have had to find new ways to add to the game.

“People say that the top level of play is relatively stale, so we want to encourage players to try different things,” Exa said, adding that they’ve unbanned items like the Medic’s Solemn Vow melee weapon. It’s widely considered overpowered by the community but organizers believe changes like that introduce a whole new dynamic at the highest level of play.

“We also introduced the Clearcut and Villa maps to the rotation, which are new maps with active [community] developers,” Exa says of how fan level designers are effectively replacing Valve. “These maps will continue to receive iterative updates that affect the way the map is played from season to season.”

It’s no surprise that organizers have rallied around Team Fortress 2 to create their own esports-adjacent community. The console versions of the game, which received no updates after the game’s original release, are still active today. 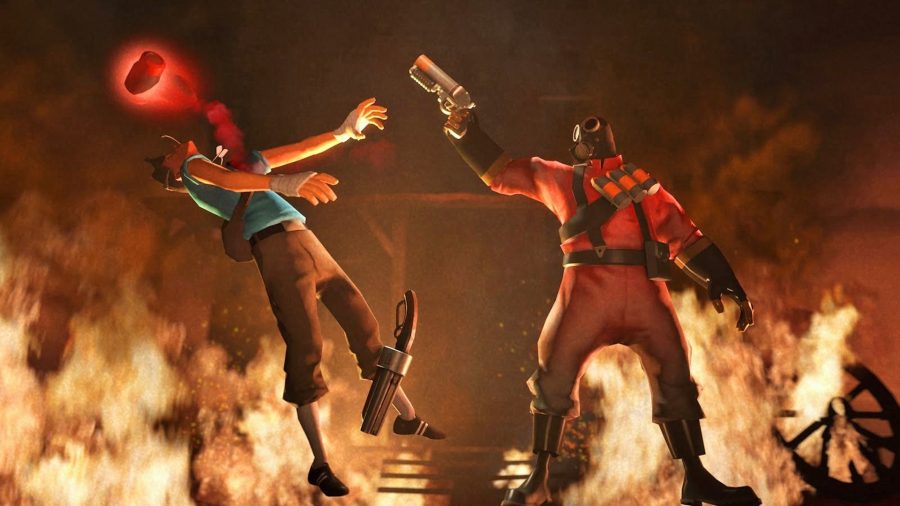 Despite being the starting point for professional players who’ve had successful careers in Overwatch, PlayerUnknown’s Battlegrounds, and Valorant, Team Fortress 2 has never enjoyed the competitive success that those games and other shooters have seen. There are no tournaments outside the ones hosted by groups like the RGL. They host their own streams, raise money for prize pools, and make all decisions about the future of their community themselves. It’s grassroots to its core even though more than 80,000 people play the shooter regularly on Steam.

“Valve could definitely provide a lot of help to take competitive TF2 to the next level if it desired,” Exa says. “I would say that if the company just communicated with the league about what they wanted competitive TF2 to be—that would be a big step.”

Valve has thrown most of its competitive weight behind the studio’s other games: Counter-Strike: Global Offensive and Dota 2. Team Fortress 2 didn’t get a competitive mode until 2016, nine years after it originally launched as part of The Orange Box. Organizers like Exa and Micahlele don’t think Valve’s level of support will change, but they’re still holding out hope that the company will add in-game items to support their community.

It’s fair to say that Overwatch was inspired by Team Fortress 2, especially as Jeff Kaplan has said that it’s one of his favorite games of all time. The difference between the two is that Blizzard went all in on the competitive community when it launched the Overwatch League in 2018. The RGL started its tournaments one year earlier without any outside support. Other TF2 leagues have come and gone since 2007, but organizers think they’ve nailed it this time. 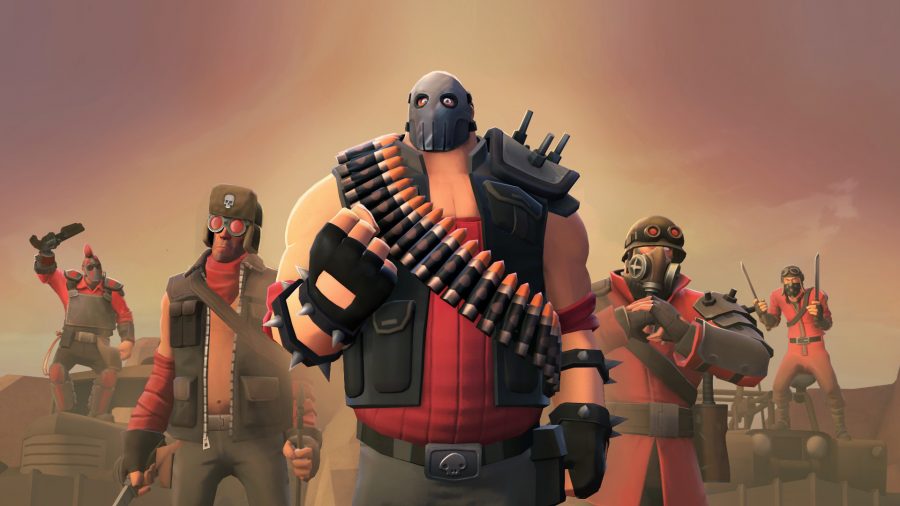 “Spirit is a big part of our league and how we handle conduct such as toxicity, harassment, and slurs,” Exa says. “We are very strict about creating a good natured environment where players can feel safe and enjoy playing their favorite game.”

Dozens of new shooters have come and gone since Team Fortress 2 launched in 2007, but these players prefer to stick with what they know. But the community doesn’t know where the game will end up in the future. With Valve shelving development efforts, will fan-made modes and mods be enough to keep the competitive wheels of the community turning?

“There’s been slow but steady growth since RGL took over, but I can’t say for certain how long it’ll last, but I can only hope it’ll keep growing,” Micahlele says. “I’d love for TF2 to be an esport that you’d see on TV like Overwatch, but if that’s anywhere in TF2’s future, it’s really far away.”

Aron is a huge fan of all things esports, including Call of Duty, Fortnite, and Super Smash Bros. Help him will the Arizona Cardinals into being a good NFL team.