Street Fighter V has been with us for several years now, with 40 characters in its current roster.  The initial 16 had a good mix of familiar faces, and some new World Warriors to enter the scene. It had a rocky start, but the roster wasn’t part of the reason why. Season One’s additions brought more old favourites, including some characters that hadn’t been in Street Fighter for a long time.

Season Two brought mostly new characters, which was a bit of a disappointment, while Season Three brought mostly familiar faces. It also brought signs of innovative character design that continued with some of Season Four’s characters to truly revive competitive play in Street Fighter V. Capcom went all out in ensuring that characters like Seth, Gill, and Poison were fun to play.

While it may not have been Capcom’s overall plan, it is working on the fifth Season, with Dan, Oro, Rose, and Akira confirmed, and one more character announcement coming. So as we wait with bated breath, here are the best characters in Street Fighter V.

Here is every character ranked in Street Fighter V according to EventHubs. Since there are now 40 characters, with more on the way, we will just say why the top 10 characters are considered the best characters in the game. 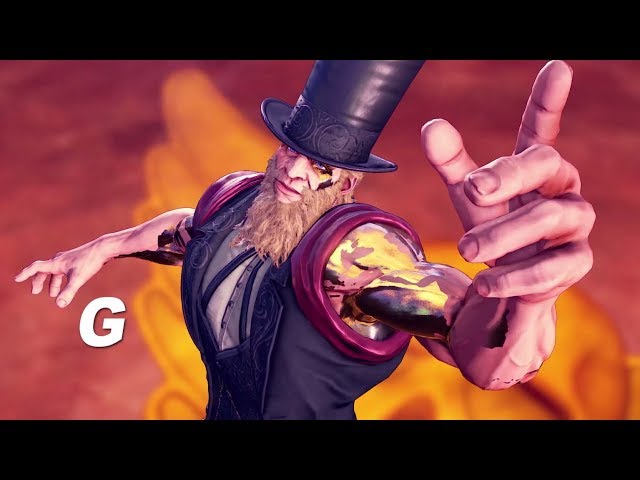 G is currently the best character in Street Fighter V. This fusion of Uncle Sam and Abraham Lincoln is a flamboyant gentleman with tons of bling around his arm. While he has always been a bit of a glass cannon, when he hits, he hits very hard.

The latest patch gave the self-proclaimed ‘President of Earth’ some major buffs, meaning that he has one of the best V-Skills in the game, and he’s able to increase his V-Gauge without taking a single hit. He also has three anti-airs that shut down aerial offense.

G is described by Brian ‘Brian_F‘ Foster as “redonculous”, and with the latest patch, top players like Lee ‘Infiltration’ Seon-Woo have G as one of his top tier picks. The stats on EventHubs don’t lie and while he has leveled out a bit when compared to the second best character, G has no recorded unfavourable matchups, and only a handful of the rest are described as ‘mostly even’. 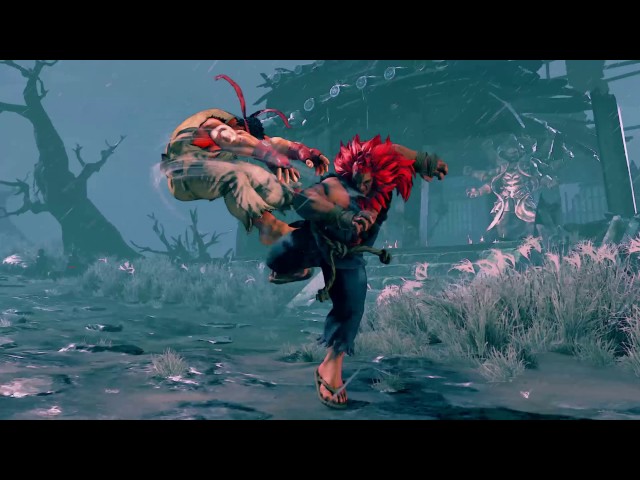 Easily one of the best characters in the game, Akuma has done very well in recent years. He has seen a ton of nerfs, but has managed to weather the nerf storm as he still manages to get tons of wins. There are many key reasons why Akuma is so good, plenty of which Hajime ‘Tokido‘ Taniguchi showcases in his matches.

Just to name a few, his walk speed is fantastic, great fireballs, and he has a reliable combo that can swap him out of the corner with his opponent. He also has an invincible reversal, the best anti-air normal in the game, and the Raging Demon that can be popped out anytime when the Critical Art bar is maximised.

His EX Demon Flip can come out of nowhere, setting him up for combos,  while his standing medium kick and crouching medium kick have fantastic range in the footsie game. Overall, he’s an incredibly well-rounded character for his attacks, with the only real drawbacks being his lower health, stun, and an over-reliance on the first V-Trigger to achieve victory. When the only character that Akuma has unfavourable matchups against is G, you can no longer deny his prowess. 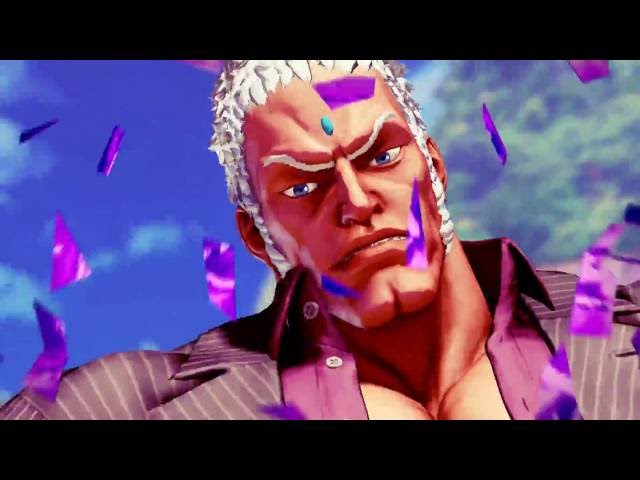 Urien was pretty good in Street Fighter III: Third Strike and as it turns out, he’s doing well in Street Fighter V too. A lot of it is to do with his decent buttons and good ways to close the distance quickly against zoners.

He also has an excellent combo opportunity should he land a crouching HP that, once you master it, shaves off a good third of your opponent’s health bar.

Urien is nowhere near as disgusting as he was in Third Strike, able to hurl out walls to restrict your opponent’s movements with very little build-up, but his strong combo game and rush-down potential is why he vastly outranks the majority of the cast. You can see how ‘Edergui‘ uses Urien to get a taste of this mad lad’s moves. 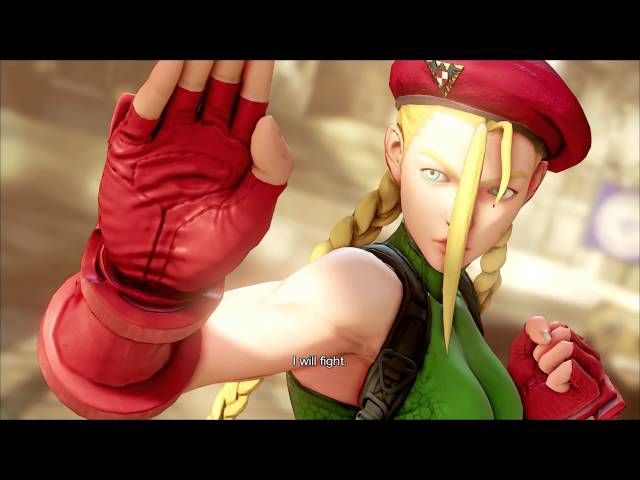 Cammy has always been extremely quick compared to the majority of fighters, but she’s been particularly good in Street Fighter V. The reasons why are down to her being one of the faster characters in the game, and her sheer mobility options. For example, if she’s ever up against the corner, her V-Reversal can help her escape her opponent with ease.

Cammy’s normals are fantastic and she has access to many special moves that mix things up. She can also pack a wallop with her combos, especially if she uses special moves during the Delta Drive V-Trigger beforehand. Cammy is therefore the perfect rush down character. 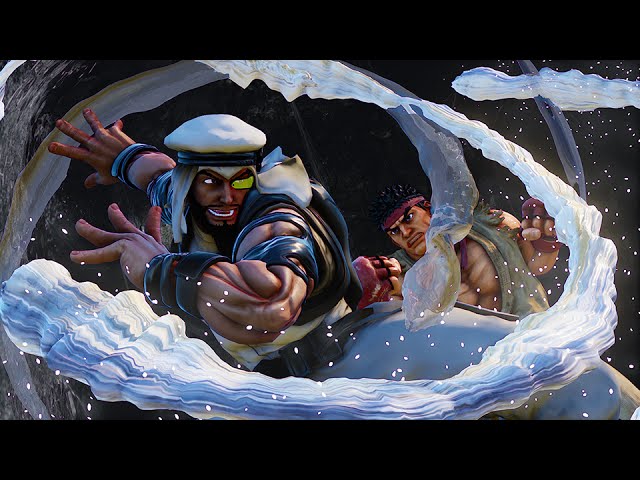 Marcus ‘Packz‘ Parker wrote in 2019 that Rashid was his top pick. The reasons for this choice were that Rashid has “a great corner carry, exceptional pressure,  solid air and ground options, two versatile V-Triggers, and good defensive options.”

Rashid also has a jumping normal that’s really difficult to anti-air consistently, and some pokes that strike at long range. He’s also got great options to escape from the corner, as he can conjure a whirlwind with his V-Skill and jump through it, or use wall-jumps when the bar is empty.

His raw damage output isn’t fantastic, but has great combo potential if you practice enough. The EX Spinning Mixer is not only a great way to end a combo, it’s also fantastic anti-air. It’s well worth learning his move set if you like flipping around. 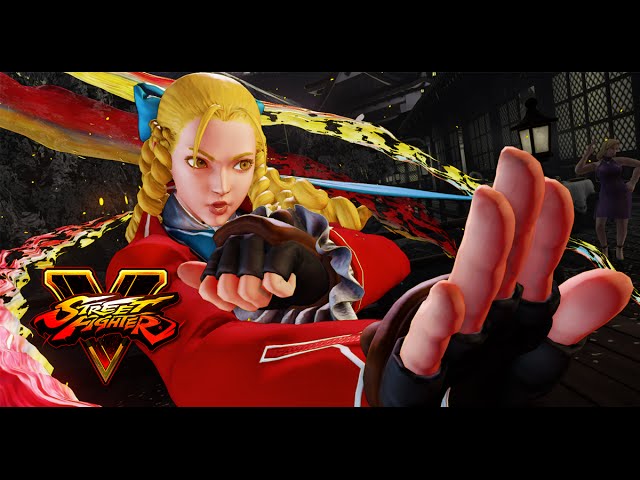 Karin doesn’t have the best stats around, but she makes up for it with high mobility and a large amount of variety when it comes to ending combinations. For example, her Seppo or Tenko can be used with her Meioken V-Skill to charge the gauge and get good damage. She’ll also be close to the opponent, which is exactly where she wants to be. You can see what happens when she gets up close by watching Victor ‘Punk‘ Woodley narrowly defeat Bryant ‘Smug’ Huggins and his excellent G.

Her primary strategy is to pressure the opponent with plenty of buttons to catch the opponent off guard. Some open up into high-damage combos, while others are great for reaching incredibly far. Just don’t jump too much with her unless you’re trying for a cross-up, a fake cross-up, or a neutral jump to then immediately throw the opponent. She excels while on the ground, so try to keep her there if you can. 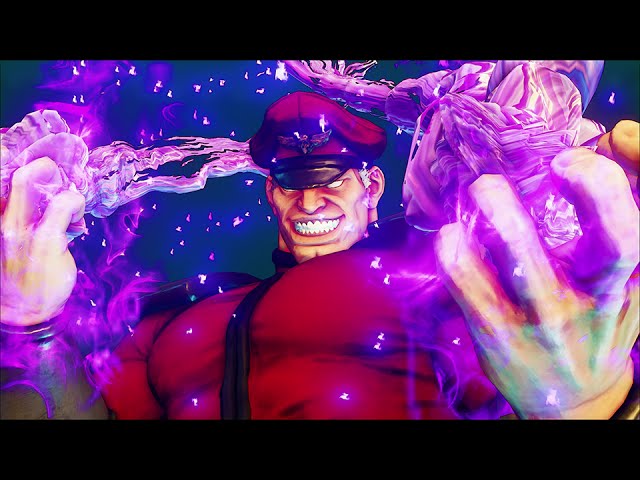 Lord Bison, or Lord Vega for those in Japan, was a very cheap boss in several Street Fighter games (in particular Street Fighter Alpha 3), but it’s not too often that he’s considered competitive for real players. Street Fighter V Bison has useful V-Skills that can stop regular attacks, while his V-Trigger passes through the opponent for cross-up opportunities.

His aim is to confuse the opponent, with several decent normals and juggle opportunities to make your opponent’s life a psycho nightmare. If he does have one weakness, it’s that his walk speed is very slow, but he makes up for it with high power and mobility. Just have a look at Benjamin ‘ProblemX‘ Simon in action if you don’t believe us. 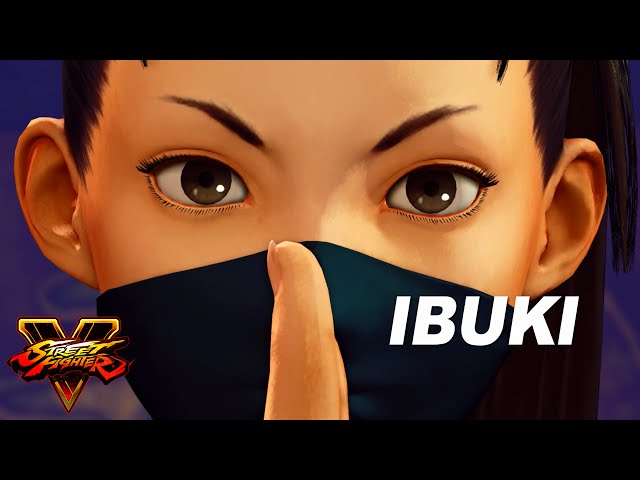 The young ninja was incredible in Street Fighter III: Third Strike and she’s also really good here. One of the best Ibuki mains is Kun ‘Xian‘ Ho and with his mastery of the character, it’s easy to see why. Like any ninja worth their salt, she’s incredibly quick and resourceful, with plenty of Ninjutsu-based moves to control her opponent at all times. She can get out of corners by using her kite, and she’s also got some fantastic normals to poke from a distance.

Where Ibuki really shines is in mixing up the timing of her special moves and using them in combos. Her bombs can have their fuse timer shortened or lengthened by inputting different commands. Mixing things up makes it impossible for her opponent to predict what’s coming next. She also has great combo potential. Using the opponent’s time on the ground after a hard knockdown is the perfect time to reload her kunai, giving her more ammunition to take down her opponent. 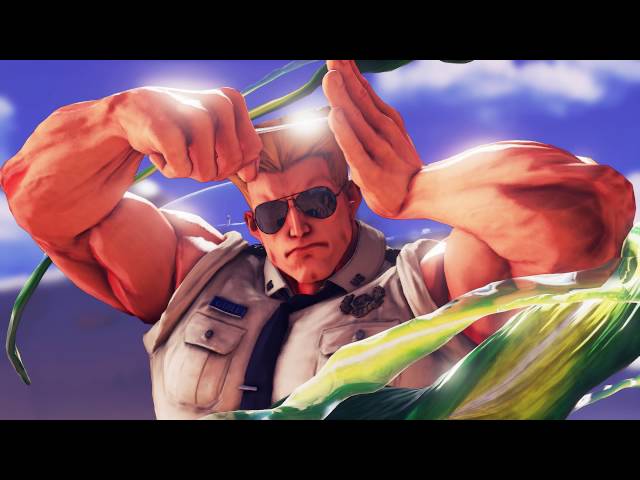 Guile has access to great normals, so suits those looking for pokes. If you can pick the right moment to land blows, then you can shut down your opponent’s offense and pile on the pressure.

His Sonic Blade V-Skill can be used as a feint, allowing his Sonic Booms to be even more effective, and his V-Trigger launches multiple projectiles at once. All of these excellent attacks make Guile a formidable opponent for even the best characters in the game.

For all the proof you need to show you just how good Guile can be, just watch how Daigo ‘The Beast’ Umehara uses him to demolish a decent two Akuma players. In fact, the only real barrier to using Guile is that his projeciles require a charge-motion input (hold back, then press forward and punch), which are harder for newer players to master. 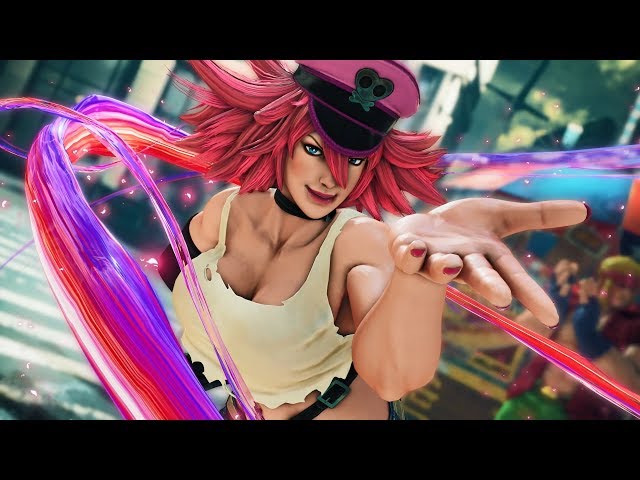 Derek ‘iDom‘ Ruffin is the reigning Capcom World Cup champion and while Laura was his main character, Poison was also a big reason why he won the top spot. You should see just how ridiculous things get when Poison cracks her whip, even in the last month of online play. He cites the biggest reasons as “control in the neutral and freedom of movement”.

That whip has surprisingly long range, catching opponents halfway between you and the edge of the screen. She can close the distance with her nimble gymnastics, and when she activates her Molotov Cocktails, she can perform a nasty combo that juggles the opponent in the air and has the potential to do up to half your opponent’s life bar.

She is a bit tougher to use because you need to be on top of your footsies game, and that killer combo requires you to juggle your opponent, but it’s pretty much game over when it lands.

And those are the best Street Fighter V characters as of right now. We’re sure that those that rank highly here will see nerfs when Dan Hibiki finally makes his debut, but until then we will keep an eye on how things play out and update this page as the rankings change.