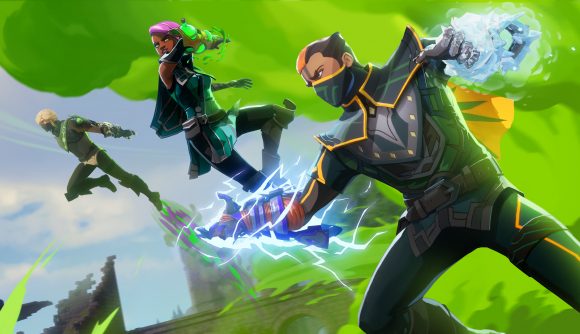 If you consider yourself a battle royale expert, you will have probably played Spellbreak at some point in the last couple of months. The free-to-play game, which is available on all major platforms, pits spell-wielding wizards against one another in a big anime arena.

It’s a classic battle royale but one that’s still early on in its development. Just two weeks ago, the game got its first major update that added Clash, a 9v9 team deathmatch mode to the game. To celebrate that milestone and to encourage more of you to explore the world of Spellbreak, we’ve teamed up with Proletariat Inc. to give away ten Xbox One Grand Magnus packs and nine PlayStation 4 Champion packs.

To be in with a chance of winning one of the codes, complete the actions required via the relevant platform-specific Gleam widget below. We don’t need too much from you, but we do need your full name and email address, so we can contact you if you’re one of the lucky winners next week. Don’t worry though, we promise we won’t send you spam.

You’re also going to want to check out our full terms and conditions before you enter here.