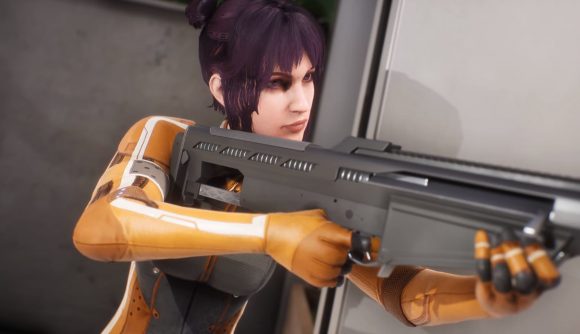 It’s a good day if you’re a fan of tactical shooters because Rogue Company, Hi-Rez and First Watch Games’ new title has entered early access. The game, which was shown off at today’s Nintendo Direct Mini and Summer Games Fest conferences, is now available to play on all major consoles and PC via the Epic Games Store.

To get your hands on the game, which features both cross-play and cross-progression, you’ll have to take your pick from three different versions. The founder’s pack, which will set you back $14.99 (£11.99), gives you access to the game with six out of the 12 available mercenaries, while the standard edition will give you access to all 12 for just $29.99 (24.99).  The ultimate edition, which yep, you guessed it, gives you access to everything, costs $59.99 (£49.99).

“We’re proud to be launching across four platforms on the same day – a first for Hi-Rez Studios,” Chris Larson, executive producer says. “From day one, we’re bringing together a huge community of cross-platform gunslingers and delivering an ever-growing roster of mercenaries, game modes, weapons and gadgets”.

According to the developers, who we spoke to just last month, First Watch Games has high ambitions for the Rogue Company. While it’s got a lot of competition in an already saturated market, the studio hopes its cross-platform approach and scope for a natural competitive environment will set it apart from some of the other games out there.

Are YOU ready to go rogue?

Grab a weapon, rock your favorite style, and join the ranks of #RogueCompany today! pic.twitter.com/Xw2iBIPfrr

Of course, we’ll have to wait and see how that pans out, but for now, you can get stuck into the action by picking up the game here.