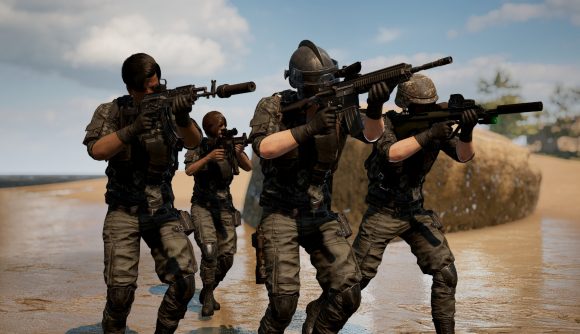 A recent blog post from Joon H. Choi, lead project manager of PUBG’s console versions, has shed more light on the game’s next-gen performance goals and development. As is, there is currently no native next-gen version of PUBG, with the team instead focused on providing solid backwards-compatibility support for Xbox Series X|S and PS5 hardware.

Choi says that many fans have been calling for higher-quality graphics, boosted frame rate caps, and additional features to benefit the next-gen experience. The Xbox Series S uses the Xbox One S version of PUBG, which previously meant that any changes made to either version would affect the other. The team has now found a solution that allows for changes to be made to a specific device, which has resulted in a 60 FPS version becoming possible on Xbox Series S with update 9.2.

In theory, this workaround should allow the team to make greater enhancements to other versions of the game, but the decision has been made not to do so. “This is where we cross the line between backwards-compatibility and native support”, says Choi.

“Every time we add enhancements that are unique to Xbox Series X|S and PS5 consoles, each one becomes a risk that our teams have to be mindful of”, explains Choi. “If an update brings a stability issue and if there are too many variables between last-generation and the new current-generation settings, the dev team will have many more potential causes to consider.”

While this might be somewhat disappointing, the team continues to assess requests for improved resolution and anti-aliasing quality. These changes, according to Choi, are simple to implement, but their impact on performance must be considered and handled with great care.

The blog post then goes on to share that regular discussions are held on how to offer players more control over resolution, V-Sync, and frame cap limits. With the number of players making the next-gen jump rising day after day, this is something the team is working to deliver within the first quarter of next year, assuming testing goes to plan.