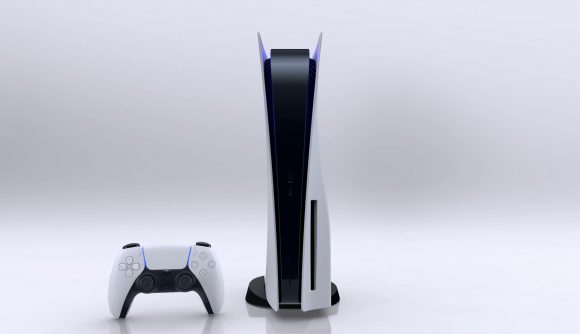 For a lot of us, getting our hands on a PlayStation 5 has been tough, and we’ve all seen our fair share of ‘Out of Stock’ messages on store pages since the console launched. Despite the supply not meeting the demand, Sony has just revealed in its latest financial report that its shifted 17.3 million PS5 consoles, and that sounds like a lot. But how does the PS5 stack up against its predecessor when it comes to sales?

When compared to the PS4’s sales for the same timeframe, the PS5 sold significantly fewer units despite the high demand. The PlayStation 4 sold 20.2 million units in the time it took the PS5 to hit the 17.3 million Sony has reported.

The supply issues, mainly caused by chip shortages, have also forced Sony to revise its sales forecast for the remainder of the 2021 financial year, which ends in April. Sony wanted to have flogged close to 15 million PS5s this financial year, but now expects to sell around 11.5 million.

Interestingly, the availability of the PS5 doesn’t seem to be the only issue Sony is facing going forward into 2022. Sony has reported that total playtime on PlayStation consoles in December 2021 was 20% lower than December 2020’s.

This compares to 20.2 million for PlayStation 4 in the same timeframe, when launch aligned

PS5 has faced significant supply issues. It has been unable to keep up with PS4 despite demand pic.twitter.com/Nz60oElCyK

This lower percentage, however, isn’t phasing Sony – it expresses that this was a “solid performance” given the lack of major titles released in the period and an increase of 7% from December 2019. When you consider the fact that both Horizon Forbidden West and Gran Turismo 7 are on the way, that playtime statistic should certainly start to creep up.

Sony’s earnings call also revealed that despite the lower playtime, its overall income from Game and Network Services is up 20%. With only around 24% of this income coming from physical PlayStation 4 and PlayStation 5 sales, an incredible 66% of Sony’s gaming-related revenue has been made through things like PS Plus subscriptions, digital game downloads, and add ons. Clearly, those PlayStation Store sales are paying off.