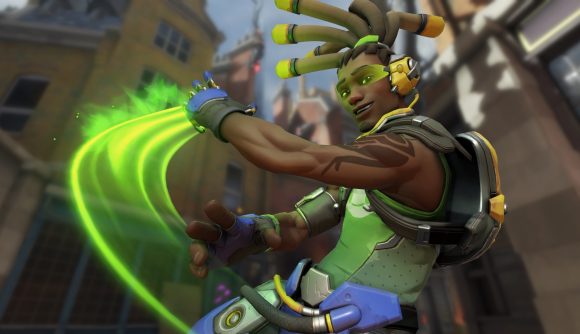 It’s nearly been five years since we first got our hands on Overwatch, Blizzard’s hero shooter, but most of the playerbase is still struggling to master the game. Jonny Cruz, the voice behind Lúcio, is one of those players, but he hasn’t let years of failure define him. In fact, he has a dream – and he wants you to help him accomplish it.

“I have a dream to make it to Grandmaster, but my skills are average at best” Cruz says in his latest video, which you can watch below. “I need your help. Now what I need from you is to be good at Overwatch and to come play with me and carry me in your arms to glory.”

That’s right, the voice behind Lúcio wants you to carry him to Grandmaster on PC. Of course, he’ll put in a bit of work here and there, but he specifically needs fans who can play “someone who’s good” to help him finally achieve his dream at being good in a videogame he stars in.

There are a few caveats though that might result in you getting booped out of the game, out of the lobby, and off of the stream. If you lose two or more matches with Cruz, you’ll be deemed as hindering his climb to the top, and promptly removed from the game. You’ll also be banned from playing Symmetra – sorry, those are the rules.

I am going GRAND MASTER if it’s the last thing I do…This is where you come in, I need a great team! I will be twitching my journey to Grand Master and will be teaming up with YOU to take me there. It starts this Tuesday OCT 6th @ 2pm PST on my twitch – https://t.co/u0nKT9mnY3. pic.twitter.com/AUUvePmv59

You can help carry Cruz once the zero to hero journey starts from 2pm PST (5pm ET / 10pm BST) on Tuesday. If you’ve been skipping arm day, we’d probably suggest just watching the attempt over on Twitch. You don’t want the embarrassment of being booped by the real-life Lucio, right?