Everyone thinks they’re a pro when they boot up their favourite game and drop into ranked. But the truth is all our gameplay could use some work. In gaming, we rely on our keyboards, mice, and headsets just as much as we rely on our teammates, something that OMEN understands all too well.

You see, the gear OMEN has on offer will help you improve your game bit by bit. The equipment, which uses all the latest tech from optical-mechanical keyboards like the OMEN Sequencer and wireless mice like the OMEN Photon, will give you a step up on the battlefield, helping you climb the ranks as you go.

This is evident through OMEN’s sponsorships of some of the biggest esports teams out there. Counter-Strike: Global Offensive teams such as Astralis and BIG Clan use OMEN equipment to get in the groove and train for the next big tournament, and while they’re at the top of their game, it’s possible to make a difference in yours too with OMEN.

So if you’re in the market for a cheeky upgrade, or you’re looking to better your setup now that you’ve been sucked into gaming by the ongoing pandemic, we’ve got you covered – you too can play like a pro.

If you’re looking for an entirely new rig, OMEN has a few pre-builds on offer all aimed at different types of gamer. For those of you only looking to show off your top Shaco plays on League of Legends and nothing else, the OMEN 25L desktop, which comes packed with an Intel Core i5-10400F 2.9GHz processor, 16GB of RAM, and an NVIDIA GeForce 2060, means you’ll be well equipped for the Summoners Rift.

For those of you looking for something a bit meatier to play more graphically demanding competitive titles like Call of Duty: Modern Warfare and the next big AAA titles, the OMEN 30L desktop with an Intel Core i9-10900K and NVIDIA GeForce 2080Ti will see you covered for the next couple of years.

Pair those with a couple of OMEN’s top-range peripherals, and well, we wouldn’t want to meet you on the battlefield that’s for sure. 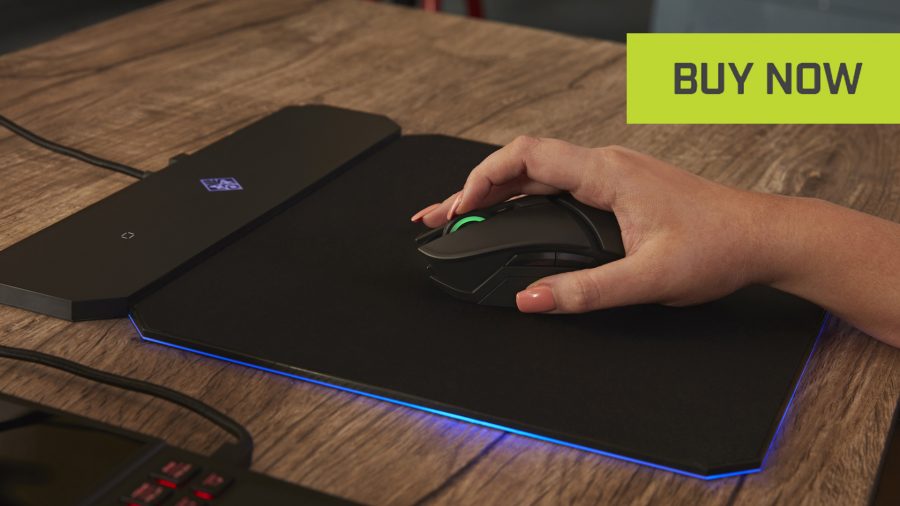 Some of the favourites among OMEN’s star players are the OMEN X 25f monitor, the OMEN Sequencer keyboard, and the OMEN Photon mouse. The monitor, which also comes in a 27” design as well as the standard 25” sizing, has been developed with esports in mind. Boasting a 240Hz refresh rate and a 1ms response time, you’ll be able to AWP down Dust2’s mid like Nicolai ‘device’ Reedzt in no time.

The OMEN Sequencer and the OMEN Photon are a great mouse and keyboard pairing for anyone looking to up their game. The keyboard, for example, uses optical-mechanical switches that have a 0.2ms response time, and the mouse replaces long braided cables with Qi charging features. The keyboard even comes with five customisable keys, so you can drop pistols in your next eco-round before someone’s even had a chance to type ‘drop pls’. Handy, right?

But that’s not all – it gets better. While wireless gaming mice are proving popular among players at the moment, the OMEN Photon also has another advantage – it’s fully customisable, allowing you to mould your mouse to your hand. Claw grip? No problem. Just press a few buttons, remove a grip or two, and you’ve got a mouse tailored to your hand. We know, we know, it’s impressive.

The best thing about this is that there are loads more products out there to play with. OMEN is here to help you play like the pros – you just have to find the right gear for you. So if you’re looking to make some headway against your friends in ranked, you can do it with OMEN.