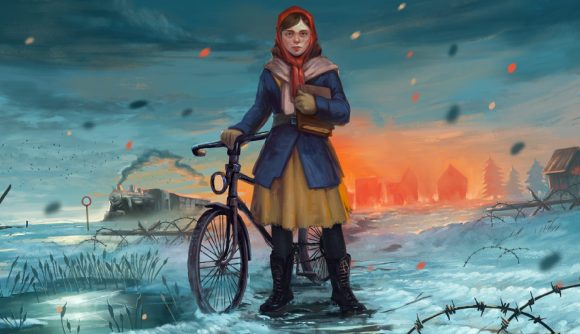 Gerda: A Flame in Winter is a new RPG-lite with a branching narrative about one woman’s struggles to help the Danish resistance during the Nazi occupation of the country in World War Two. It’s also the first game to be published by Don’t Nod. The Loadout recently spoke to the game’s lead designer and creative director – Shalev Moran and Hans Von Knut of PortaPlay – to find out all about how the game came to be.

It turns out that Gerda is actually inspired by the real-life story of Knut’s grandmother, who was a member of the Danish resistance during World War Two. “She shared her experiences and reflections with him, and those became the base for the conversation inside the studio that bloomed into GAFIW,” Moran says.

As is typical of a game published by Don’t Nod, Gerda: A Flame in Winter takes a very nuanced approach to its themes. “There is enough media out there about ‘Nazis bad, shoot the Nazis,’” they say. The pair explain that while they love mowing down the goose-stepping villains in Wolfenstein, they wanted to take a more realistic look at how civilians dealt with the war, and the warnings those events can provide for future generations.

“We never endorse or excuse the actions of the Nazi regime, nor its collaborators, not even the people who bowed their heads and tried to simply live through these times. But we are very interested in those human experiences, in the context of WW2 and in general. We believe it is crucial to see all those people as fully human – not doing so will blind us to the harm we are capable of.”

To ensure Gerda: A Flame in Winter is realistic, the team collaborated with historical consultants who advised on the events and stories that players can experience. They also visited museums, read historical documents, travelled to the real-life setting of the game for research and reference photoshoots, and even “collected pictures, texts and interviews from our creative director’s own family, which inspired the story of Gerda and Anders.”

Moran and Knut explain how Don’t Nod used their experience by helping them sharpen the storytelling elements of the game. “They encouraged us to fine tune the ending of the game, make sure it is satisfying and dramatic, and reward players who take in the work as a whole.”

The partnership between PortaPlay and Don’t Nod is envisioned as long-term, with them both sharing rights to the Gerda IP, they tell us, and future development is to be decided together. Regardless, while PortaPlay’s future games might have different tones or gameplay mechanics than Gerda, they intend to keep making games about important social issues. “We wish to keep our focus on mature and challenging narratives that reflect the world we live in.”

See a Gerda: A Flame in Winter preview from our sibling site Pocket Tactics to read their thoughts on the game after playing it.

Gerda: A Flame in Winter will be released on Nintendo Switch and PC on September 1, 2022.