With staple battle modes such as Deathmatch and Capture The Flag, it wouldn’t be a surprise if veteran FPS players overlooked this game. But fear not, Lemnis Gate takes the premise of an FPS and flips it on its head.

This is a game that will have your mind firing at all times – even when you’re sleeping – and there’s no vacuous gameplay here whatsoever. In Lemnis Gate, you always have to get into the mind of your opponent and think one step ahead. It’s like playing chess, except instead of moving your pawn, you’re moving a colourful operative with a deadly giant gun.

That’s because Lemnis Gate features a time-loop premise, offering a completely different experience as it adds innovative, strategic play and a fresh, turn-based system for players to utilise in order to reclaim the past and rebuild the future. Here, players will take to the battlefield in 25-second loops, vying for victory through the use of a number of operatives, all of whom will commit to their chosen path time and time again when their time is up.

Playing Lemnis Gate feels like a breath of fresh air in comparison to many other traditional FPS games. While I’m competitive by nature, I found my losses didn’t really bother me that much due to the game’s emphasis on strategy. 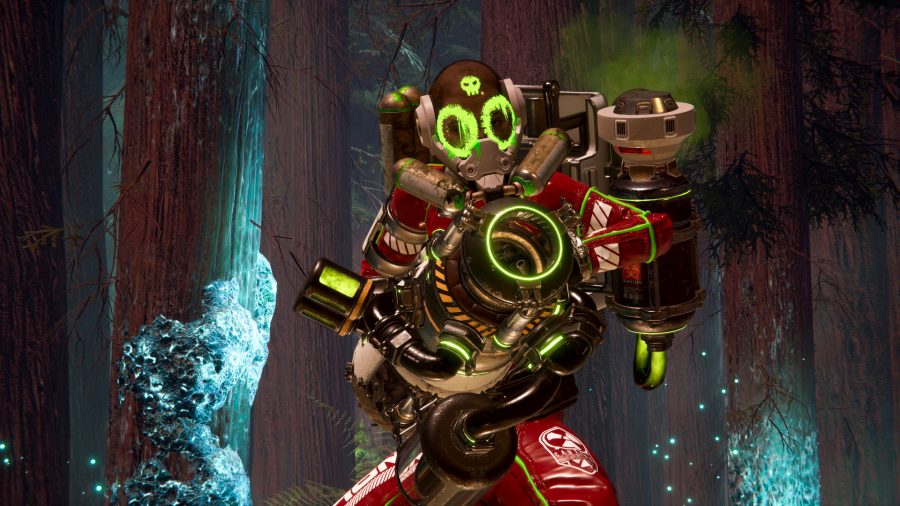 I came out of each round eager to track and plan my next move – I’d question how I could stay ahead of my opponents. Who should I choose next to enter the loop? How am I going to reach that Particle Accelerator across the other side of the world in time? How did I manage to get in the way of my own line of fire again?

Yet before I got into any online matchmaking, I was encouraged to head to training – a sight I was pleased to see, that’s for sure. With my time being a little limited with online play at the beginning of early access, it gave me the opportunity to explore what the training levels had to offer.

Playing Lemnis Gate feels like a breath of fresh air

With the 25-second turn-based time loops being one of the game’s main features, having the ability to replay the training simulation came in extremely handy. The loops feel simple enough to pick up, yet they prove quite the skill to master when put into practise. Being able to hop back into the simulation is extremely useful when you need a refresher.

The wannabe completionist in me also applauded Ratloop Games for including collectibles in each training level. Not only does it give you the replayability factor in between matches, it also helped me familiarise myself with the locations themselves.

Pre-battle, you’re given a tutorial on how to fly your Reconnaissance Drone in the time-loops and how to utilise it to its full potential. The drone was just another facet to Lemnis Gate that really struck me as being different to any other FPS I’d played before. Plus, the drone really offers another tool for you to strategise with. With a great vantage point and the ability to lock onto and track enemy operatives, this nifty little gadget proved more useful than anything else in-game, particularly in the final loops.

Rewatching those last loops helped me decide where I should go next and who I should play. For example, when retrieving Exotic Matter or XM, and my opponent is coming straight for me, my next move is to drop in Toxin – she’s the only operative who cannot be harmed by the toxic goo she blasts from her cannon. 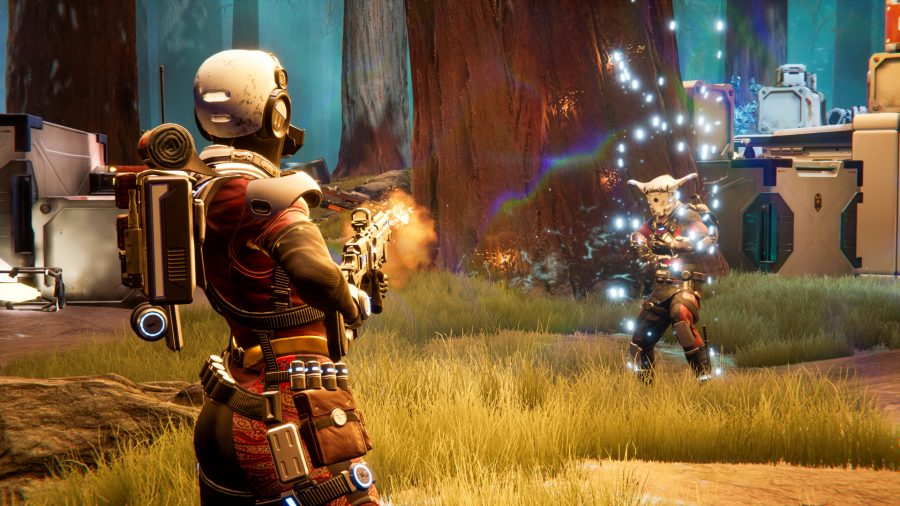 Alongside her heavy artillery, I had almost weaponised her special ability. Toxin’s Displacer, or teleportation capabilities, allow you to plant her across one of the maps with great ease. Knowing that an enemy was gunning for my first operative, I shot Toxin across the map and laid down a trail of deadly sludge for my adversary to run straight into.

With Toxin, I could feel the weight of her armour and arsenal behind the controller, which encouraged me to use her special ability to get one step ahead of my opponents. You’re able to select a new operative to enter the loop in each of the five rounds, so it’s worth getting to grips with your team’s extra skills. The smartest players in Lemnis Gate are often the ones who know when – and where – to deploy their operatives at any given time.

But whether you’re a seasoned veteran or a newcomer, Lemnis Gate consistently challenges its players. 25 seconds on paper doesn’t seem too short of a time, yet when I captured footage of enemies and tried to plan the next phase of attack, time flew just as fast as my Reconnaissance Drone. How you put those crucial seconds into practice is all up to you; it’ll constantly have you thinking on your feet, even long after you’ve put your controller down.

No five rounds are ever the same in Lemnis Gate; each time you enter the loop you’ll take away a different experience than the last. For me, it’s just yet another reason why this game stands out and will sit shoulder to shoulder with some of the best completive FPS games out there to date. 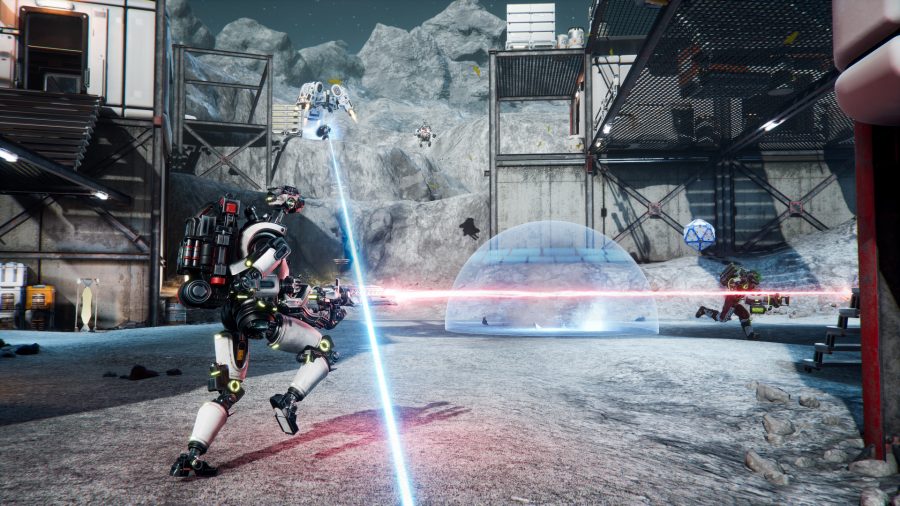 Unfortunately though, fans will have to wait a little bit longer than intended to get their hands on this incredible new game. Ratloop has pushed back the Lemnis Gate release date to September 28 to “ensure everyone has a great experience from day one.”

While it’s disappointing news, it gives me plenty of time to perfect my strategy ahead of my next dance with death.

Vic can typically be found inserting the subject of Tomb Raider into any sentence thrown her way. If not yapping away on a Podcast episode, she’ll be not-so-patiently waiting for another Lara Croft driven adventure.