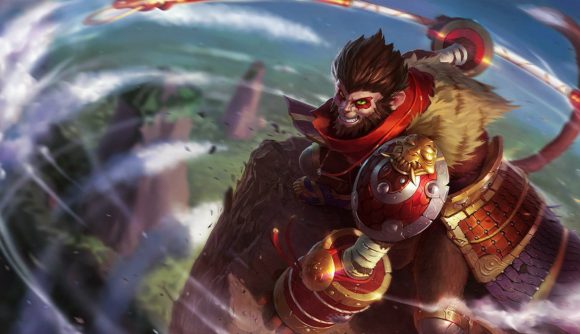 January 8 Wukong’s rework is now on the PBE ahead of patch 10.2, which should land on January 22.

Top-laner and jungler Wukong has been in an awkward spot in League of Legends for a while now, which is why Riot Games has been looking to rework the Monkey King since as early as May last year.

Despite that, plans for the champion have repeatedly stalled. Riot has struggled to find keep old Wukong players happy while bringing him in line with the current meta. The champion has been subject to a plethora of changes on the PBE as Riot has repeatedly tweaked his abilities to modernise his passive and explore ways to make the most of play style.

But it appears we’ll have to wait even longer for the new and improved Wukong as the game’s lead gameplay designer, Mark Yetter, has confirmed Wukong’s rework is not ready yet and will not be added to the game in the upcoming patch 10.1, the first of the new season.

However, the content of the rework is settled and is now on the PBE. Riot has stated its three main goals with the rework is to shift Wukong’s power towards the early game, create new outplay opportunities with his mobile play style and to give Wukong the tools to be competitively viable in both the early lane phase and the jungle.

The latter will be especially important as  Wukong has hardly been seen in pro play, and was picked just three times throughout 2019, with his sole win coming in the Czech Republic’s MCR 2019 tournament.

To help make the champion more viable in Season 10, Riot has tried to make Wukong’s passive clearer by giving him a shield after he exits a brush or stealth rather than scaling resistances depending on how many opponents are near him. His Q, Wuju Strike, and his E, Nimbus Strike, have undergone smaller changes to their numbers which leaves the big updates with his W, Warrior Trickster, and his Ultimate, Cyclone.

Warrior Trickster now allows Wukong to dash, rather than blink, when he goes invisible to give him a better chance of dodging an opponent’s abilities. On top of that, his clone will automatically attack the closest target which will give Wukong players more potential to play mind games. Meanwhile, Riot has looked to make Cyclone a more satisfying ability as the tick rate of damage has been increased to every 0.25 seconds rather than 0.5 (with damage halved to compensate) and now works with the Conqueror Keystone Rune. One other small addition which will please long-time Wukong players is his ability to cancel his Ultimate early.

With all of the Season 10 updates and the introduction of new champions such as Sett, LoL is undergoing a lot of change at the moment. Diana’s mini-rework was seemingly successful so top-lane and jungle players will be hopeful that Wukong will become strong once again.