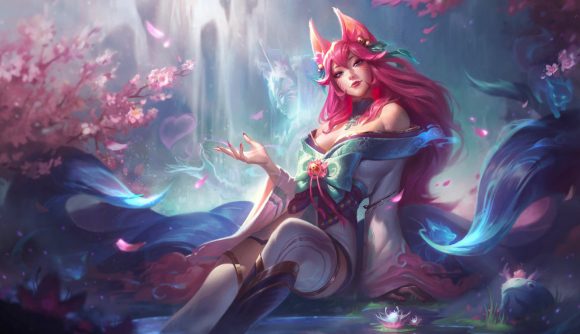 Amazon Prime has been dishing out gaming goodies for years now, but if you’re a League of Legends or Valorant fan, your membership is about to get a little more interesting. That’s because Riot Games is teaming up with the platform to bring exclusive in-game content for the studio’s biggest games.

In a new year-long deal announced today, Amazon Prime is set to offer cosmetics, skins, and emotes for games like League of Legends, Legends of Runeterra, Valorant, and Wild Rift, as well as their respective esports scenes. It’ll also be teaming up with Riot for the launch of its fantasy television show Arcane next month, so keep your eyes peeled for that.

Riot and Amazon aren’t resting on their laurels though. The partnership starts today, so to celebrate, Prime members can already get their hands on some goodies. League of Legends fans can claim the Prime Gaming Capsule, which contains 650 Riot Points, an unowned 1,350 RP skin, five champion shards permanent, 200 Orange Essence, two sets of Series 1 Eternals, and a 30-day XP boost. Esports fans can also claim a custom LoL Esports emote by tuning into LoL Worlds this year, with three more emote opportunities to follow later in the year.

Valorant fans are also being catered to with a year’s worth of content. Over the course of the partnership, fans can expect two of the best Valorant skins, two calling cards, four gun buddies, and four sprays.

Wild Rift players will be entitled to 24 drops (one available every two weeks from November 18) including baubles, emotes, recalls, and skins, and Legends of Runeterra players will be able claim goodies on a monthly basis, including a tier three prismatic chest and three rare wildcards.

It’s unclear how Prime Gaming will help with the promotion of Arcane, but if the offers are anything like the ones above for the games, then we can pretty much guarantee that Prime members are in for a treat. With a year’s worth of content planned for Riot’s biggest games, plus support for LoL, Valorant, and Wild Rift esports events, it’s truly an exciting time to be part of the subscription service.

Head over to the Amazon Prime loot page for more information and sign up to a free 30-day trial of Amazon Prime right here if you’re interested in grabbing some goodies.