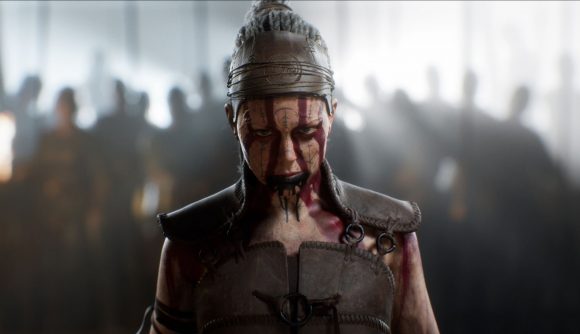 In 2018, shortly after Hellblade was released, its developer Ninja Theory was acquired by Microsoft. Since then it has been hard at work on Hellblade 2: Senua’s Saga, a sequel to the critically lauded original about one woman’s battle against psychosis.

During a recent interview with NME, studio director Tameem Antoniades has outlined his intent to scale everything up with the sequel and it sounds like the sequel is going to look even more polished than the original. So much so, in fact, that Antoniades believes Hellblade 2 will make the original “look like an indie game.”

“The goal with Hellblade 2 isn’t to perfect it, but to create an experience that feels more believable and more refined. Its ambition in terms of scale is bigger. I think Hellblade 2 will make Hellblade look like an indie game,” Antoniades says.

His team has apparently been taking a realistic approach to the game’s creation, even going so far as to scan 40 real-life locations in Iceland – the setting for Hellblade 2. Real clothing and materials were also scanned to provide that extra bit of authenticity. “The idea is believability – making things look real or believable – and the best way to do that is to base everything on real things,” Antoniades says.

Antoniades wants to expand on the discourse that the first game started, stating “the sequel will ask bigger questions about religion and society, linking psychotic episodes to the religious visions of historical figures such as Joan of Arc.” He wants Hellblade 2 to ask more questions about how individuals who struggle with such issues can not only live with them, but go on to do great things and change the world.

“My interest is to get outside of that bubble,” Antoniades comments. “And ask questions like ‘how can we make an impact in mental health by doing a project that’s not games related? How do we make an impact in digital art? How do we connect with the rest of the cultural world and just go off on a tangent – still make games, but go off on a tangent and do our own thing?’”

Hellblade won a plethora of awards when it was released in 2017. From BAFTAs to Game Awards, it was even recognised by health professionals for its depiction of psychosis. We don’t yet have a Hellblade 2 release date, but with Ninja Theory being owned by Microsoft, we are almost certain it will come to Xbox Game Pass when it eventually does make its way to consoles and PC.