In Hell Let Loose, there are no super soldiers whose ridiculous kill-to-death ratios can carry a team to victory. Rather, your team’s success is determined almost entirely by the effectiveness of its leaders. Playing as a commander is an intimidating task, and it requires more than a decent understanding of how Hell Let Loose works – it’ll also put your communications skills to the test.

As the overall commander for your team, you’ll be in charge of placing crucial garrisons where your team can spawn, supporting your soldiers with off-map offensive assets like artillery and air strikes, and making sure your squads are coordinating with each other as you make your way across the map. Without a good commander overseeing everything, a Hell Let Loose match can quickly devolve into a frustrating, aimless mess.

However, if you’ve done some time in the trenches and are ready to pin on a major’s gold oak leaf cluster, here are some things you can do to make sure you’re helping your team out, instead of holding them back when you take to the field as commander.

How to play as a Hell Let Loose commander

Use this time to build up your understanding of the flow of each match. Every role in Hell Let Loose has a unique task on the battlefield, but jumping into a squad as a lowly rifleman is probably the best way to learn the ropes, particularly if you can find a good squad leader. If you’ve got your sights set on the commander’s hat, you’ll want to eventually spend some time as a squad leader yourself – you’ll want to select the officer role in the match menu in order to do this. Here, you’ll get a good sense of how squad leaders and commanders communicate with each other, and it’ll make you a better commander yourself when your time to lead arrives.

Before you do, however, it’s a good idea to jump into an empty server, make yourself a commander, and run around for a while trying out all the abilities to see how they work. That’ll save you some time and stress when your first real match as a commander arrives. 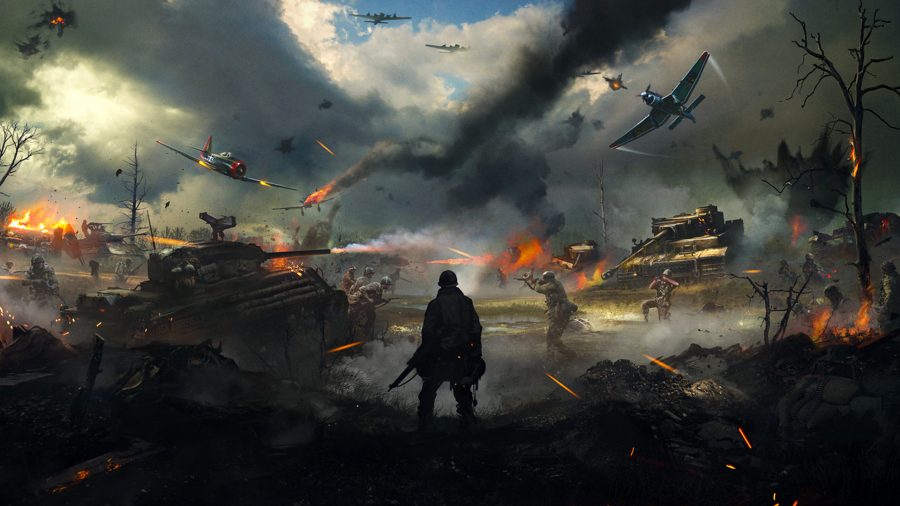 Your most crucial task as a Hell Let Loose commander is the placement and management of your team’s garrisons, which you’ll usually hear called “garries” by the player community. Garrisons are points where your teammates can respawn, and the choice of where to place them is vitally important: having them too far away from an objective means you won’t be able to reinforce it fast enough to capture the point or to defend it, but placing it too close puts it at risk of being destroyed by enemy forces.

In order to build garrisons, you need supplies in the local area, and it’s the commander’s job to call in supplies and make sure they’re heading to where they’re needed. As the commander, you can spawn in supply trucks, which you (or another player) can then use to ferry supply crates to map areas where new garrisons need to be constructed. Once you’ve arrived in the area where supplies are needed, hold the right mouse button to drop a supply crate off the back of your truck.

You’ll need to be within 200 metres of the supplies you’re using in order to build a garry. An easy way to tell is to pull up your HUD (using the ‘T’ key by default on PC). An icon will appear over the supplies if you’re close enough to use them.

The commander also has the ability to call in an airdrop of supplies anywhere on the map by spending the manpower resource. Each airdrop contains 100 supplies.

Any officer can place garrisons, so be sure to communicate with your squad leaders about where garrisons are needed – it’s not a good idea to try to handle all that yourself. Delegate wherever it’s appropriate, but be aware that there’s a limit on how many garrisons a team can have up at a time. That means you’ll need to tear down garrisons that aren’t being used in order to construct new ones as you push forward.

Squad leaders can only dismantle structures they’ve built themselves, but as the commander you can tear down any of them. Keep an eye on this and be proactive about clearing out garrisons your team doesn’t need any more – but bear in mind that fortunes can always shift, and having some fall back spawn points is often a good idea.

In a pinch, commanders can call for an ‘airhead’ – this is a temporary garrison that’s airdropped onto the map and can shift the tide of battle when your team is pushing to capture or defend a control point. At 400 manpower, it’s expensive, and you can only call for one every ten minutes – so use them wisely.

Remember, you’re in the rear with the gear – so every decision you make counts. 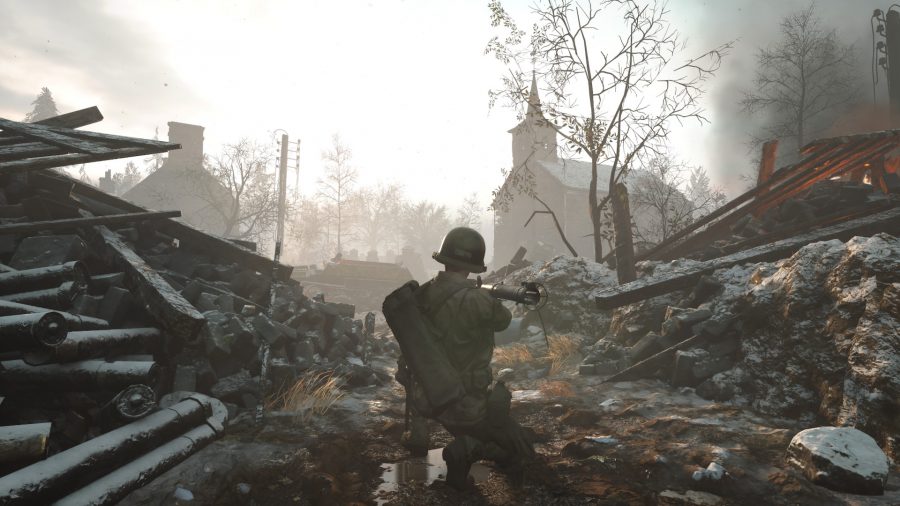 In addition to calling for aircraft to deploy supply drops and airheads, commanders also can bring some airborne offensive tools to the fight. If your squads are having trouble dislodging enemy infantry from a fortified location, or if they’ve spotted some heavy reinforcements coming from a specific location, call in a strafing run to clear their way. You can use these every four minutes at a cost of 150 munitions, so don’t be shy about calling in the flyboys for some close air support.

If you’re running into enemy armour, however, you can also call for a bombing run. This can be used only once every ten minutes and costs 300 munitions, so you’ll have to be a bit more judicious about deploying it.

To call for either a bombing run or a strafing run, select the ability from the right-hand side of your map screen. You’ll see the icon appear on your map, and you can then drag it to where you want the attack to begin. Click the icon repeatedly to set the direction of the attack, then click the ‘confirm’ button next to the ability in the list on the right. 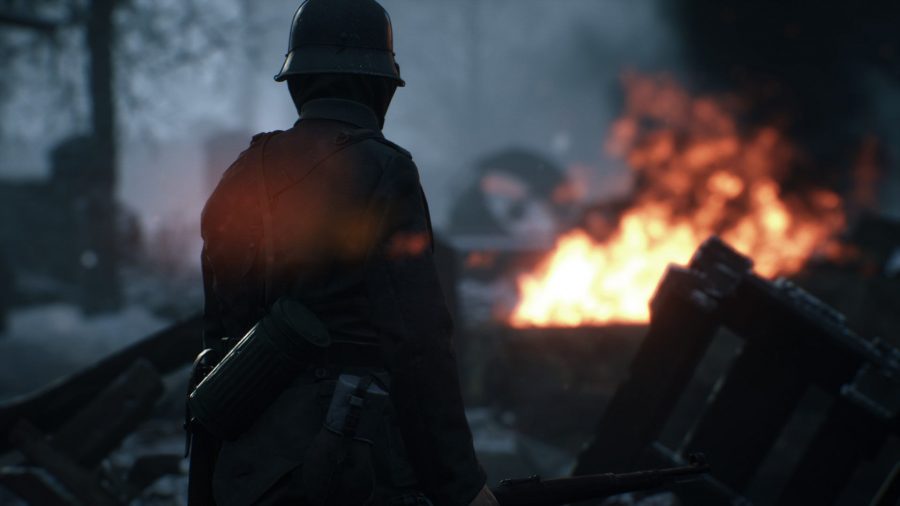 Being a successful commander in Hell Let Loose requires the active use of a microphone and constant communication with other players. It’s certainly possible to play Hell Let Loose and have a good time without using voice communication, but it is not possible to be a good commander that way. If you’re not comfortable talking with other players, the commander role isn’t one you ought to take on.

Even for players who are accustomed to using a mic and interacting with other players in voice chat, the commander role can be a demanding one. While everyone has to work together in order to win, the commander often winds up bearing the brunt of players’ frustrations when things don’t go according to plan. You’ll have scarce resources available to you, and you won’t be able to make everyone happy all the time – so it’s important to be prepared to ease frustrations and keep everyone calm in tense situations.

Communication will give you better map awareness and knowledge of what tools to bring to bear in which sectors. Calling in a tank might seem like the ideal solution for an offensive push, but it’ll be a waste of fuel resources if you don’t have a tank crew ready to climb aboard and head to the front lines. Talk with your squad leaders to pinpoint the exact location of infantry you can target with bombs, rockets, or strafing runs. If players have to make long treks to get where they need to go, coordinate with your officers to set up a new garry nearer to where those soldiers are headed.

This may sound a little embarrassing, but learn the WWII-era NATO phonetic alphabet – that’s the naming convention for letters Allied nations used at the time. A, B, C, and D companies are Able, Baker, Charlie, and Dog, respectively. Hell Let Loose players tend to like the roleplaying aspect of the game, particularly when it comes to radio comms.

In your first games as commander, the best thing to keep in mind is to be proactive about talking with your officers and finding out what they need. As long as they know you’re doing your best to support them, most experienced Hell Let Loose players will offer helpful guidance that will help you keep your wits about you.

Ian is a senior news writer for PCGamesN. Before joining team orange and writing lots about Call of Duty, Ian spent several years in the US army.