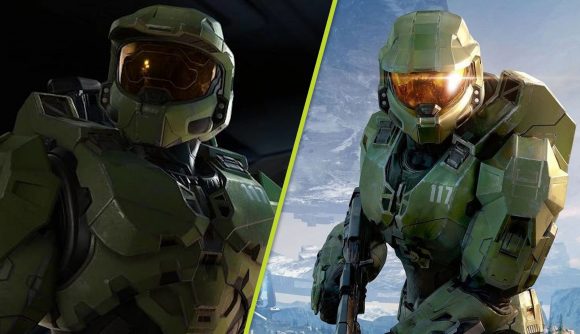 Halo Infinite’s soundtrack is arguably one of the best in the franchise’s long history. This time around, 343 Industries moved away from the atmospheric moody compositions it was known for and instead moved towards a post-rock direction. And while it’s become synonymous with the game, the influences behind it all are a little more… surprising.

According to Alex Bhore, the musical maestro responsible for the soundtrack, his influences came from much more than just the leaders of the genre – they came from pop superstars like Dua Lipa too.

“I have a lot of respect for Dua Lipa,” Bhore tells NME in an interview, noting that her Future Nostalgia record left him wondering how she managed to pull it off. “It’s crazily explosive and bright, but still compressed… you can have it [playing] non-stop and say ‘I still want to listen to this, I can’t say I’m fatigued.’

“And maybe there’s something emotionally thematic in the Halo soundtrack coming off these records, because I like to cherry-pick records and artists I like… so perhaps there is some emotional quality that rubs off on me, that then rubs off on the work I do.”

It is this wide range of influences that helped Bhore complete 343’s wish of doing “something fresh”. By staying away from the old Halo sounds and listening to something a little bit more modern, Bhore has helped Halo find a new identity and a new crowd, and it’s a risk that’s paid off.