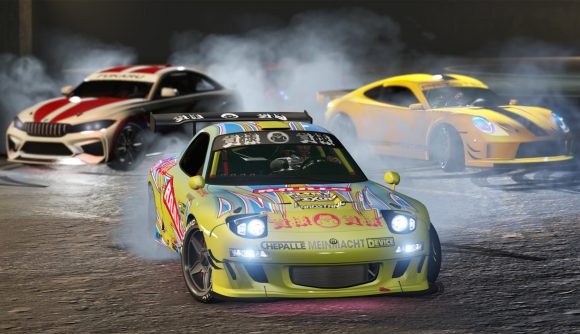 Although the news of official GTA 5 car meets is enough to get excited about, Rockstar has also announced it’s introducing 17 more vehicles into the game, and boy, do they look great. The first ten will drop with the event launch on July 20 and include some tasty import tuner cars, with the following seven to be dropped later this summer.

But that’s not all. These cars, which already sound like they’re pretty speedy, can be upgraded exclusively by Xbox Series X|S and PlayStation 5 players when the GTA 5 upgrade is released later this year.

We’re not quite sure what improvements will be on the table – although Rockstar teases you’ll be able to tweak the car’s speed – but it’s certainly an enticing prospect for console players.

Featuring the LS Car Meet, where you can race, show off customized vehicles, and link up with contacts looking for skilled drivers and a chance at easy money.https://t.co/jXJPVow1he pic.twitter.com/AX5Cc6btfu

The Los Santos Tuner event also brings new races and new missions to take part in. The LS Car Meet offers an underground test track where you can go head-to-head with others in three different races, and there are three new race series to take part in on the streets too.

With these races and the possibility of more getaway driving work, these new speedy cars make playing on console sound even more attractive than ever before.