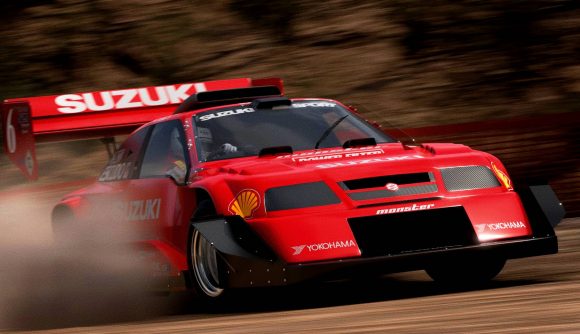 We’re sorry drivers, but it’s time to say goodbye to limitless Roulette rewards. Polyphony Digital’s latest Gran Turismo 7 update, patch 1.18, has – and we quote – “fixed an issue wherein it was possible to receive multiple Tickets repeatedly from Extra Menus.” We know, we know… It’s a sad day for Gran Turismo 7 players, but this was an inevitable fix – wasn’t it? If you’re reading this and wondering what the heck we’re even on about, allow us to explain.

Prior to the release of Gran Turismo 7 update 1.18, crafty players were able to collect an unlimited number of four-star and six-star engine Roulette Tickets from the Cafe’s Extra Menus. As seen in this video from growing content creator ‘DigitalRelay’, you’d need to head to the Extra Menus menu in the My Collection section of Gran Turismo 7’s Cafe.

It was a simple exploit, sure, but it was an effective one – and something we’re going to miss. However, there’s a handful of other fixes in this Gran Turismo 7 update that are well worth talking about.

Firstly, Polyphony Digital has fixed an issue “wherein the save data would not load correctly from the server if playing on a console with no ‘Gran Turismo 7’ save data stored on it, or if multiple consoles were used”. In addition to this, an update has been made to fix a glitch where an offline race would start in the Replay Camera mode after spectating a lobby – and, cars should be labelled properly in a Circuit Experience replay.

It’s not the largest Gran Turismo 7 update we’ve ever seen, but it’s a great sign of a game’s health to see the development team continually introduce these fixes and update Gran Turismo 7 – even if it took a couple of weeks for this Gran Turismo 7 free Roulette Tickets exploit to be removed.

If you’re someone who’s quite sad it’s gone, don’t fret – no game is perfect and we’re sure another exploit is going to pop up again before too long. For now, though, why not check out everything you need to know about Gran Turismo 7 legendary cars and this Gran Turismo 7 track list – it’s always good to keep an eye on the content available.