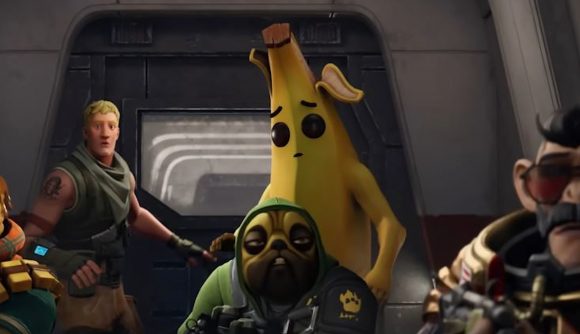 Fortnite Chapter 3, Season 3 hasn’t exactly been smooth sailing for Epic Games, but the emergence of a new bug that revealed everyone on the minimap, allowed random players to join your team, and enabled friendly fire forced Epic Games to whip up and issue a hot fix late last night.

The problems started on June 30 when the location of all players were revealed on the map – a bit like how a UAV works in Call of Duty: Warzone. However, rather than appearing as enemies, the players were highlighted as teammates. When this happened, players were randomly eliminated, and you could edit builds that weren’t even yours.

To add to the madness, solo players were able to team up with random players in their lobbies – some of whom were eventually kicked for cross-teaming – and friendly fire was enabled. In other words, it caused absolute chaos.

It was also discovered that solo players had the option of rebooting other players with this bug, despite the fact that privilege is usually reserved for duos and squad games.

Here's some images of the bug VIA @NitrusurtiN

For some odd reason it acts like random players are on your team pic.twitter.com/XeJK5OUHy8

It’s not clear what actually caused the glitches, but Epic Games was able to quickly nip it in the bud before things got too out of hand. “We’ve recently resolved an issue that allowed teammates to appear on different teams and eliminate each other,” Fortnite Status says.

So if you were hit by this weird and wonderful bug last night, you’ll be pleased to know that peace has been restored and the bug that basically gave everyone wall hacks has now been removed.

But how long will this last? The season thus far has been plagued by problems and the developer doesn’t look set to turn the tide just yet.