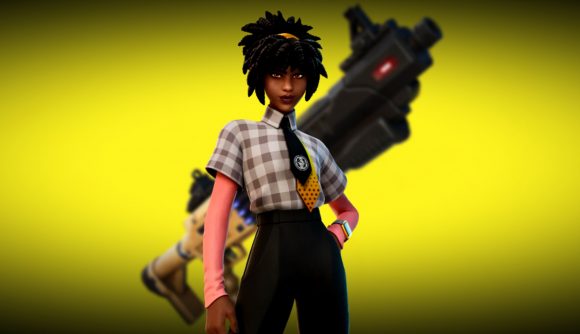 The newly-added Prime Shotgun isn’t the first Fortnite weapon to divide the player base and it isn’t going to be the last one either, but there’s something special about this one that gives both sides of the argument something quite solid to latch onto. This particular firearm has a super-charged, harder-hitting first shot – which has led to a lot of people calling it grossly overpowered.

Yes, you read that right – as if being hit with a shotgun at short-range wasn’t enough – the Prime Shotgun packs even more of a punch at the start of a fight. When you finally manage to get your hands on this weapon, you’ll be met with the following weapon description at all rarities: “Semi-Auto Shotgun that deals increased damage when the weapon is fully loaded.”

While this weapon’s description actually does quite a good job of surmising what makes the Prime Shotgun a unique weapon in the current Fortnite loot pool, it doesn’t do the benefits of this increased damage justice. Redditors exploring just how much damage the first shot of a fully-loaded Prime Shotgun does estimate that players can expect to deal around 50% more damage than a standard shot if they land this first one.

As you might imagine, this has split the player base right down the middle – one side thinks this shotgun is balanced and offers a great reward for players with enough skill to land the first shot in their firefights and the other side believes this additional damage offers an unfair advantage to players without the Prime Shotgun.

In a Reddit post from ‘Caterhamburger7’ asking players what they think about this weapon, fans have shared a variety of opinions.

“It’s pretty damn strong”, says one player in response to another stating that “this thing is way too busted.”

“[The Prime Shotgun] hits nice and hard on a well-aimed first shot”, another claims alongside arguments that this weapon is the “perfect example of a balanced shotgun”.

what do y’all think of the prime shotgun? do you like it or nah? from FortNiteBR

Of course, there are quite a few more examples of players both supporting and complaining about the Prime Shotgun’s release during Fortnite update 21.30 earlier in the week – and there are even more comments from players on other social media platforms.

Of course, as with any competitive battle royale shooter, skill is rewarded. However, Epic Games’ introduction of the Prime Shotgun to Fortnite has sparked something of a debate on the extent of said skill should be rewarded and at what point does the reward become unfair. We don’t know if the Prime Shotgun quite crosses that line yet, but looking at the smattering of gameplay clips out there so far does suggest that it’s close – and offers some justification to those players out there complaining about this weapon’s unique damage output.

With Marshmello hinting at a new concert event following Fortnite update 21.30 and Fortnite leaks suggesting the battle royale will get four Dragon Ball Z skins, there’s a lot more to look forward to than just a new shotgun.