Dinosaurs are objectively terrifying, whether they’re hulking great T-Rexes or little velociraptors hunting in packs. But Exoprimal isn’t afraid of no dinosaur, and lets you get even with them – while strapped into a massive exosuit, of course.

In Exoprimal, you join a squad of five players facing off against another team of five, with each squad tasked with completing a series of objectives before their opponents. But you also need to contend with dinosaurs dropping from the sky through mysterious portals in huge numbers, who are sure to absolutely wreck you and your buddies if you’re not careful.

Luckily, you have a range of Exosuits to pick from to help you battle the raging hordes of dinosaurs, whether you like to get right up in biting range or stay back and pick them off from a distance. You’ll need a balanced team to survive, with a mix of damage-dealers, tanky defenders, and support players keeping the team healthy and powerful as the battle wages on. And you’ll need to work together to survive – there are no lone guns in this world.

The classes come in three flavours – Assault, Tank, and Support – and each one has a variety of Exosuits to pick from to help you in your battles. That means there’s plenty of room to experiment with your loadout and playstyle to find what works for you, and discover devastating combos that your team can deploy to cut through the army of dinosaurs in your path. 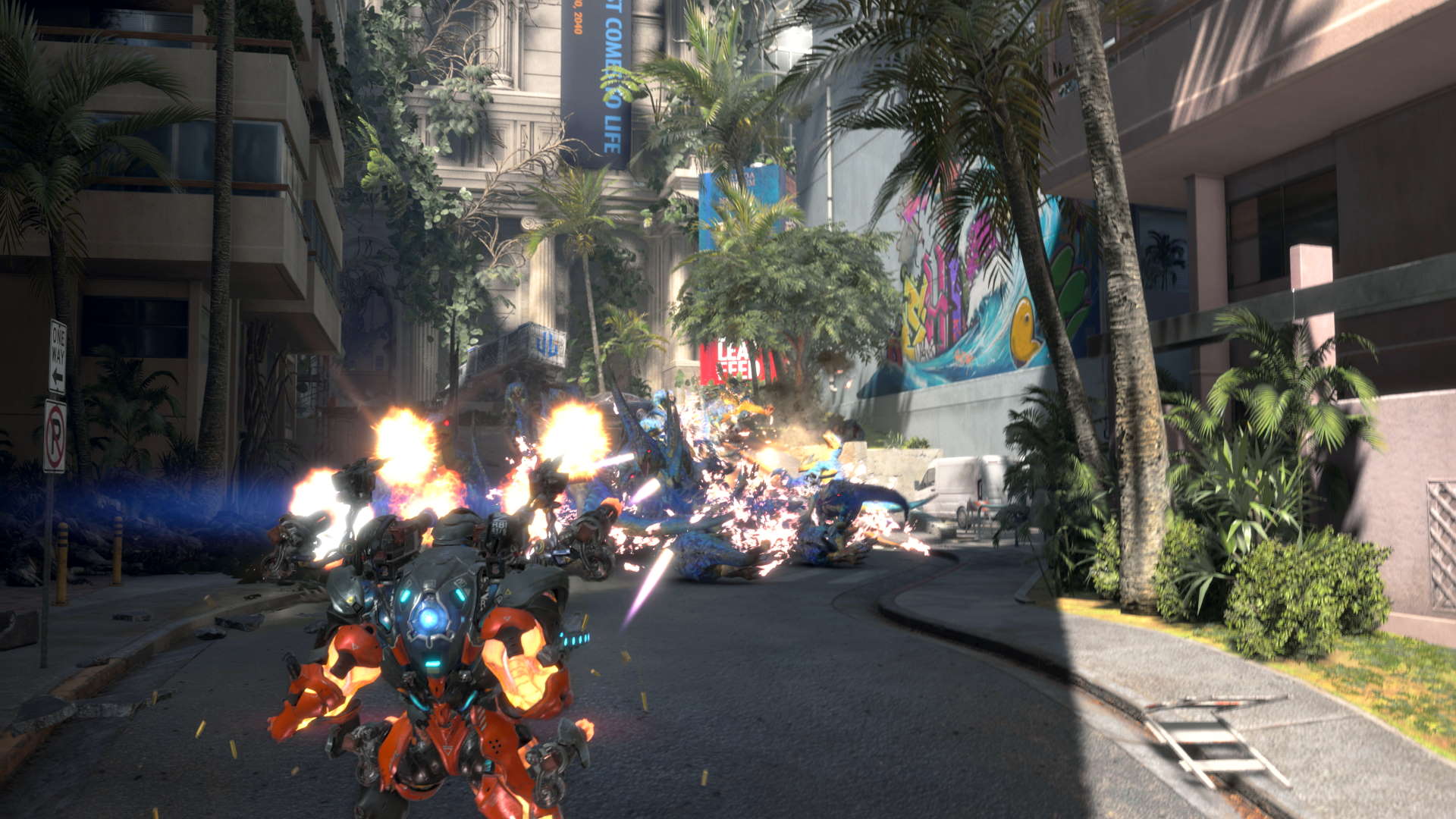 You also have rigs that you can equip to give you an advantage in a pinch, including a catapult that powers up your jumps to help you launch into battle, a first aid kit to heal nearby teammates in a small radius, and a cannon that gives you an extremely powerful laser attack. Deploying these skills could mean the difference between life and death, so picking the right one for your Exosuit is essential.

But what about those Exosuits, anyway? How you play Exoprimal will be informed by the equipment you choose – let’s take a closer look at the differences between the Assault, Tank, and Support classes.

Assault class Exosuits are your first port of call when you want to deal damage and cut through the enemy. That doesn’t necessarily mean you’ll be charging directly into a horde of dinosaurs looking for a fight, however – there’s more to it than that. 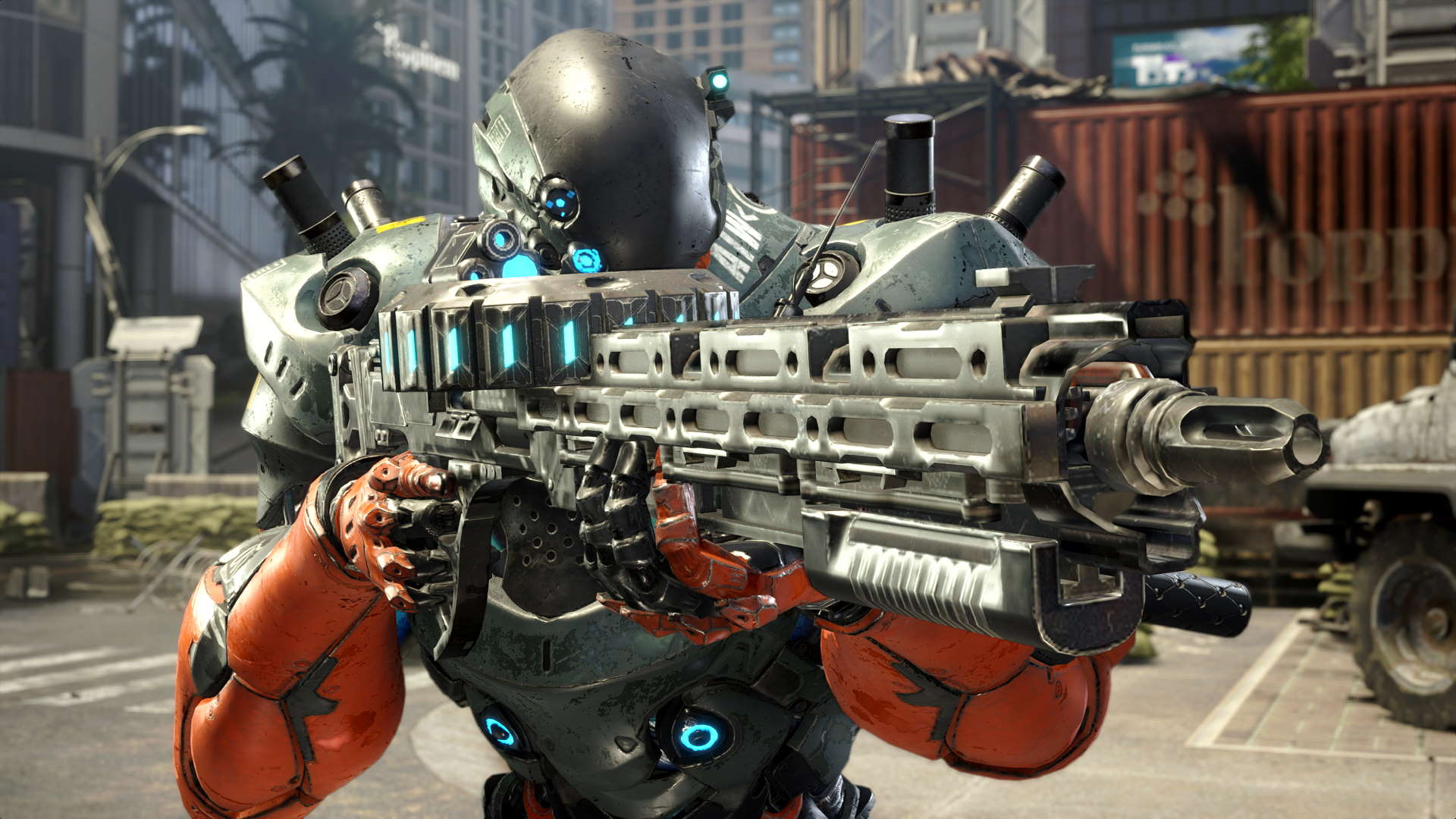 For example, if you want to fight your foes at mid-range and gun them down in large numbers, the Deadeye Exosuit is the best option for you. Or if you prefer to sit far away from the action and pick off enemies one by one, you can choose the Vigilant Exosuit – though be warned that you’ll easily be overwhelmed by a crowd of dinos if you choose this sniper-focused option. And, of course, you absolutely can wade directly into the fray with the Zephyr, which focuses on close-combat and melee attacks to hunt dinosaurs.

It’s all well and good having a team stacked with damage-dealers, but those dinosaurs can hurt you just as much. That’s where the Tank-type Exosuits come into play. Drop into the action with the Roadblock Exosuit, equipped with an enormous shield, and you can draw attention over to you and soak up the damage while your heavy-hitters focus on taking down dinosaurs instead of fighting for their lives.

Tanks can also block a charging dinosaur that would otherwise knock down your friends, and they even send it flying and leave it vulnerable to a barrage of attacks from the rest of the squad. If you want to ensure the survival of your team while still getting stuck in, the Tank Exosuits are for you.

When you think of support classes in team-based games, you’re probably thinking of healers. And while the Support-type Exosuits in Exoprimal do allow for healing, they have other skills they can deploy to help your team and hinder your foes, helping keep the entirety of your team from being wiped out by a pack of raptors. 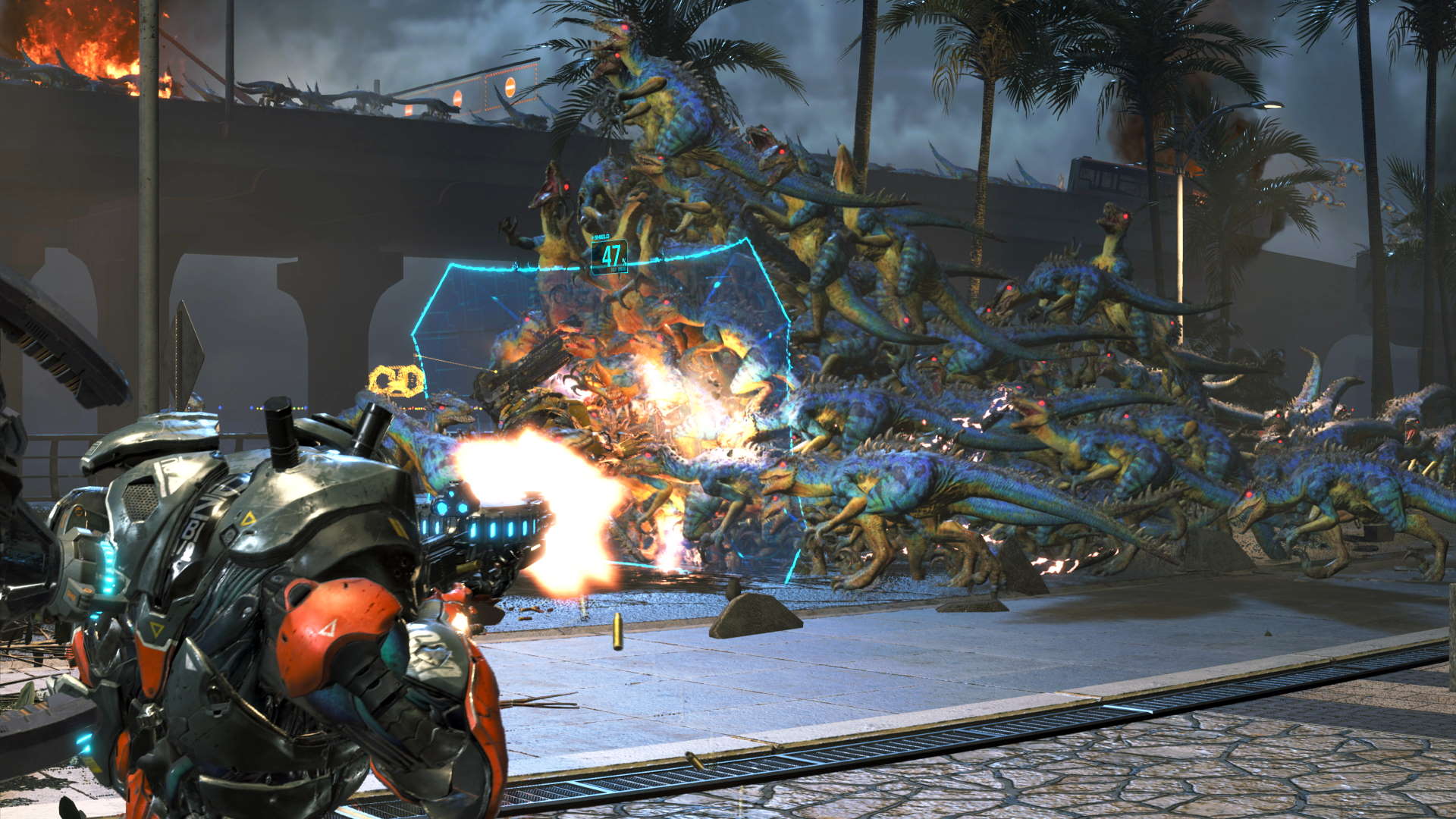 Whether buffing your friends or weakening the dinosaurs – or heck, why not both – you need at least one Support class Exosuit on your side to keep the tide of battle in your favour. Just make sure that you stick with your squad, since Supports aren’t as hardy as the rest of the classes. It’s a good thing they have those healing skills after all, eh?

Whichever class you pick, you’ll have an important role to play in a game of Exoprimal. Work as a team and you can take down any number of ravenous dinos, along with the other team you’re facing off against. You can try Exoprimal for yourself in the Closed Network Test happening in July on Steam. There’s limited seats, so make sure you’re following the Exoprimal Twitter account to find out about signing up for the test as soon as registration opens.