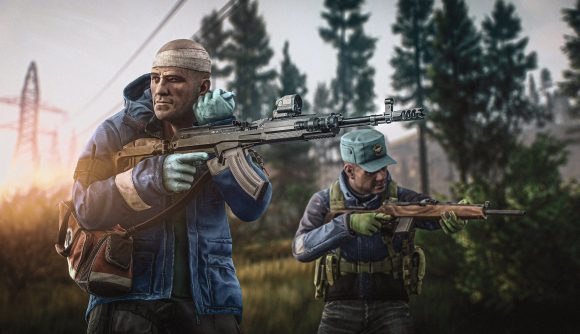 Scavs plan an integral role in Escape From Tarkov. These AI raiders provide a necessary challenge for new players, while splitting the PvE and PvP aspects of the game. However, in recent days, players have noticed there aren't many scavs out in the wild, leaving many scrambling to complete what should be easy tasks.

In the early to mid-game, Escape From Tarkov players are expected to kill a certain number of scavs in places like Customs, Wood, and Interchange, but with the average player coming across two or three scavs every couple of runs, making a dent on these challenges is proving pretty tough.

However, Nikita Buyanov, the COO of Battlestate insists on Reddit that scav numbers are the same as they have always been, except now, they're spread more evenly across the map. This doesn't seem to be the case though, with many saying that the scavs they find tend to be clustered in a single group.

This is something that Battlestate is looking into apparently, so we might see a change in the way scavs spawn in the next big update.

For now though, if you’re staring at our Escape From Tarkov beginner’s guide or trying to finish Polikhim Hobo or another Scav-related task, it might be better to concentrate your efforts elsewhere.