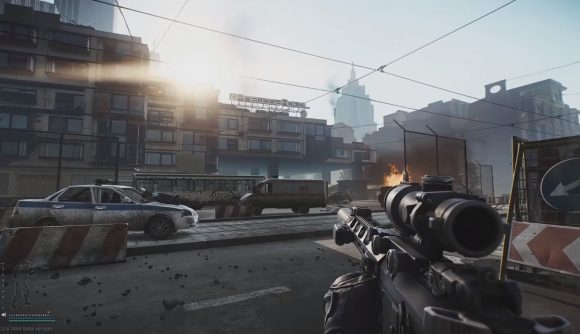 Ever since Battlestate Games said the team was struggling to get an update out on time, Escape From Tarkov fans have been impatiently waiting for patch 0.12.8. That wait is now over and the update brings a lots of new skills, equipment, and changes to the game.

By far the biggest change is the addition of the heavy bleeding effect. Now if you’re hit by a big caliber round and you begin to bleed heavily, you’ll leave a blood trail behind you for pursuers to follow. You’ll also only be able to stop the bleeding using specific healing items, so make sure you head into a raid fully prepared.

In addition to that, we’re also getting two new skills: Crafting and Hideout management which you’ll be able to level up over time through in-raid experience. New players are also getting a boost with some quality of life changes, including the addition of a compass and free Therapist treatment for players level 1-5.

We’re also getting improvements to AI scavs, as well as new cosmetics , and new weapons from the M45A1 pistol to the KS-23 shotgun.

One thing that’s not been mentioned this patch is when the next wipe is. While Battlestate hasn’t confirmed when the next Escape From Tarkov wipe will happen, many online believe it’ll either be 12.9 or 13. So you’ve got another few weeks at the very least to enjoy your stacked arsenal.

Here are the Escape From Tarkov patch 0.12.8 notes in full: