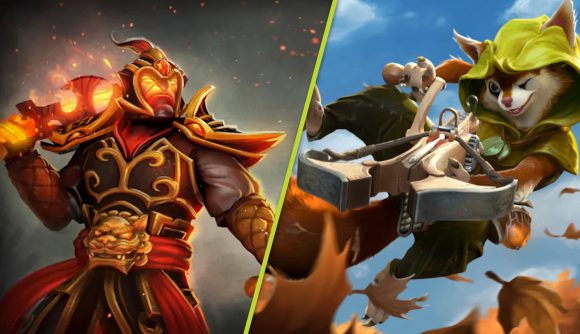 We all want our favourite games to be perfect – especially when we spend hundreds of hours playing them each year. While, for the most part, that desire is often a wish – and one that we as players can rarely act upon – there are a few out there who do everything they can to iron out the kinks in games. And Russian Redditor ‘Astiberon’ is one of those players.

Over the last couple of months, Astiberon has been painstakingly combing through Dota 2, looking at each and every character, item, skin, and relic he can get his hands on. After a quick inspection, he puts together a report detailing any incorrect descriptions, missing particles, and broken animations. Why? Because he wants to help Valve with the upcoming Dota 2 patch.

“Why am I doing this? I just really love this game and I want it to be perfect,” Astiberon tells The Loadout. “I started playing Dota 2 in 2016 – I have played about 11,000 hours since then. I play Turbo a lot, but I know almost all the game features and mechanics – thanks to this, I can easily find various bugs in the game.”

And he’s been pretty determined to make a difference. In the last week alone, Astiberon has discovered more than 60 incorrect buff/debuff descriptions for the game’s 122 heroes, more than 30 missing ability lore descriptions, seven incorrect item descriptions, and several broken ability bugs. That’s not even accounting for the 70 or so bugs he found six months ago that haven’t yet been fixed.

Yet, despite spending all this time pulling the game apart, the 23-year-old is motivated by change. “When I notice errors, I don’t get annoyed – I’m just sad they exist,” he says. “I publish information about them so that they can be corrected as soon as possible.”

His work has been so far well received by the community, but he’s yet to get a response from Valve on the latest lists of issues. But he has hope – hope that the development team will see his reports and spend a bit of time fixing these problems ahead of the game’s big update next week.