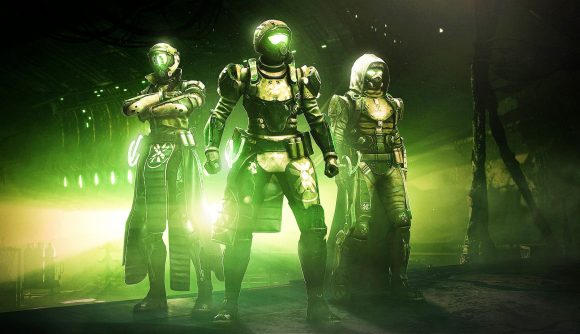 Destiny 2’s Season of the Haunted is finally here, and with it comes many changes that have players excited, most notably a rework to the game’s Solar subclass, dubbed Solar 3.0. Like the Void ability rework that was released in February alongside the Witch Queen expansion, Solar 3.0 aims to shake up the meta by giving Solar users new or revamped abilities – but the changes have the player base divided.

Reddit user ‘daveg1996’ isn’t happy with how Solar 3.0 has impacted Titan players. “I’d have rather they just left Solar Titan alone if they were going to do nothing but nerf it into the ground for no reason at all,” the user says. “Overall, just really disappointing as a Titan main to see all the new abilities the other two classes just got, while your class has their existing abilities taken away.” They continue, explaining the problem. “The issue is the abilities that were taken away are basically the engine of a Solar Titan. The fact that sunspots no longer give a damage boost and have decreased ability regen really just ruins the subclass.”

‘The_Bygone_King’ doesn’t feel as if Warlocks have fared much better in the update. “I feel as though the Dawnblade rework is a sidegrade at best, and a downgrade at worst,” they say. “A majority of the kit is centred around Heat Rises, which is one of three aspects available to them, and another aspect (Icarus Dash) is basically a dead slot in PvE (w/o accounting for Rain of Fire). That means if you want to maximise your access to power in PvE, you have to run Touch of Flame & Heat Rises.” The_Bygone_King outlines that these problems make the class strangely dissonant, with Heat Rises and Touch of Flame contradicting each other’s grenade usage; one asking you to use it to to activate a buff, while the other wants you to use a grenade because they’re already buffed.

The Hunter’s Solar Gunslinger subclass, however, has fared much better with the Solar 3.0 rework, with Reddit user ‘Seed66’ saying that it makes the previous Void rework look “puny” in comparison. “They did the Gunslinger fantasy so well that calling nightstalker an ‘assassin’ (what it’s supposed to be) just seems wrong,” Seed66 says. “Fully basing nightstalker around invis took away an entire portion of the class away which was supposed to be the assassins fantasy but with Gunslinger they did it imo perfect, great job Bungie.” This is echoed in the posts comments. “Just the flavour alone on the aspect descriptions has me in love,” ‘the_eight_tails’ says in just one of many agreeing comments.

While the Destiny 2 Solar 3.0 changes seem to have divided fans based on which class they play, the rework is always subject to change. Bungie will be looking at player feedback, no doubt, so we’ll hopefully see some resolutions presented to players who feel their class has been nerfed soon.