With each new generation of consoles, a launch lineup of games arrives that often look, at least graphically, like a step beyond what was possible on earlier hardware.

Take last generation’s launch games, for instance. Killzone: Shadow Fall and Knack brought excessive particle effects to the table, while Crytek served up one of its greatest visual showcases to date in the blood-soaked Ryse: Son of Rome. Did any of these games offer anything substantively new? No, not at all; they were spruced-up versions of what came before, designed to be flashy enough to convince you to part with the hefty next-gen price of admission.

In retrospect, these games are more interesting as time capsules that highlight the perceived important features or advancements of the day. Launch titles seldom, if ever, feel entirely at home on their shiny new platform.

The same is largely true of the Xbox Series X|S and PS5’s launch lineups, and there’s one game in particular that can’t help but straddle that awkward line between the old and the new: Demon’s Souls. 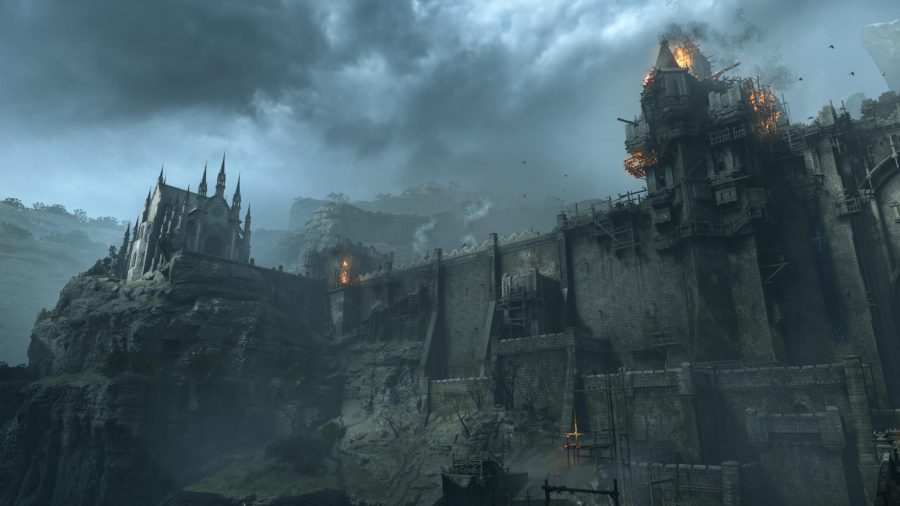 Remaster and remake maestro Bluepoint’s latest finds itself in the strange position of being both a semi-faithful reimagining of a decade-old mid-tier title and a game designed to usher in the next generation of PlayStation. It stands alongside Spider-Man: Miles Morales as one of the PS5’s premier, big-money launch titles, which is surreal given its origins as an underplayed PS3 exclusive that appeared destined to live in the shadow of its popular successors.

Bluepoint’s approach to full-on remakes is an odd one, however. With Shadow of the Colossus and now Demon’s Souls, the team painstakingly recreated the specific gameplay feel of both titles while, especially with the latter, aggressively reinventing their visual identities. This results in remakes that feel incredibly familiar and often rather uncanny.

The more teases that Bluepoint released in the leadup to launch, the more its take on Boletaria started to resemble the busier, ornate worlds of Bloodborne and Dark Souls 3. It quickly became clear that many of the original’s most memorable environmental and character designs had either been partially or wholly reworked. This wasn’t to be the Demon’s Souls you remember. Or was it?

At a quick glance, Stonefang Tunnel’s once sad, scaly miners are now feral-looking zombies, while the infamous Maneaters are borderline unrecognizable in their new, hairy, and scarred form. They’re perhaps more generically monstrous, appearing like standard videogame enemies rather than the warped remnants of a cruel world. They are the highly detailed, technically impressive foils of a AAA production.

Even in 2009, you’d never mistake the original Demon’s Souls for such a game, though its strong sense of style was quite unlike the more player-friendly (and oriented) worlds of its contemporaries, or indeed of the present. Its Boletaria was solemn and convincing as a land that existed long before you got there, with its stripped-back presentation allowing its prettiest areas to shine that much brighter. 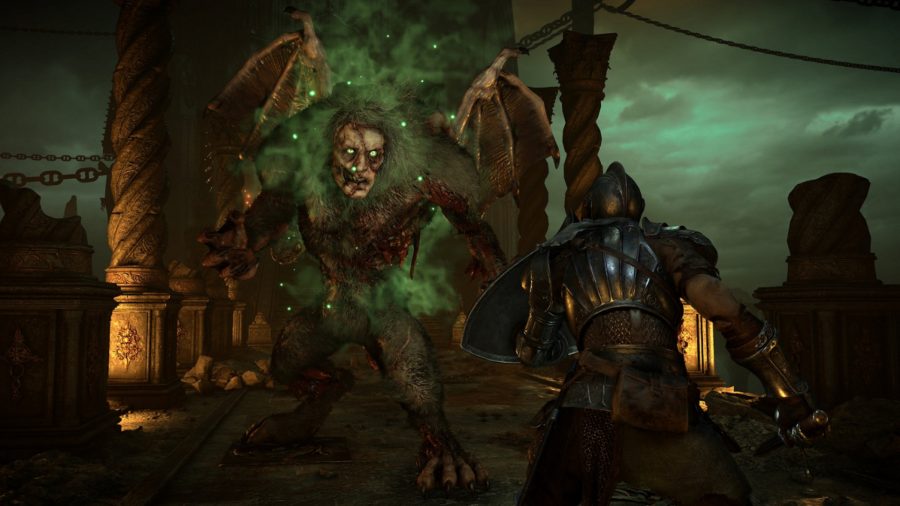 The remake ultimately reworks FromSoftware’s classic to match the bombast of a true next-gen launch title, fit with gorgeous effects work and largely unrivalled attention to detail across the board. Aesthetically, it’s Demon’s Souls as blockbuster entertainment, as a game that must look good at all times, one designed to shift consoles with its lofty production values and built-in prestige. And, for most, this approach has clearly worked.

Demon’s Souls remains eminently playable, even if the remake inhabits an awkward space, never quite convincing as a compelling new vision or a dutiful refresher.

It’s also surprising to see how much inspiration Bluepoint has taken from FromSoftware’s later work as opposed to, well, Demon’s Souls. In fact, the remake’s orchestrator, Jim Fowler, even shared that Bloodborne’s high-intensity score informed the remake’s orchestration, “in terms of the scale of the sound”. This once again puts it at odds with the quieter game it’s in many ways bending over backwards to remain faithful to.

The quality of these many changes – and whether they are or aren’t justified – is not necessarily the cause of the remake’s uncanniness, it’s that disconnect between what you’re seeing and what you’re playing, or rather feeling.

On a purely mechanical level, Bluepoint’s game is easy to slip into as someone familiar with the original. The animation and effects work may be cutting-edge, but the enemy behaviour, combat, and general moment-to-moment gameplay remain largely untouched. There is, however, a profound strangeness to playing a game that every fibre of your being says you know, but you don’t. 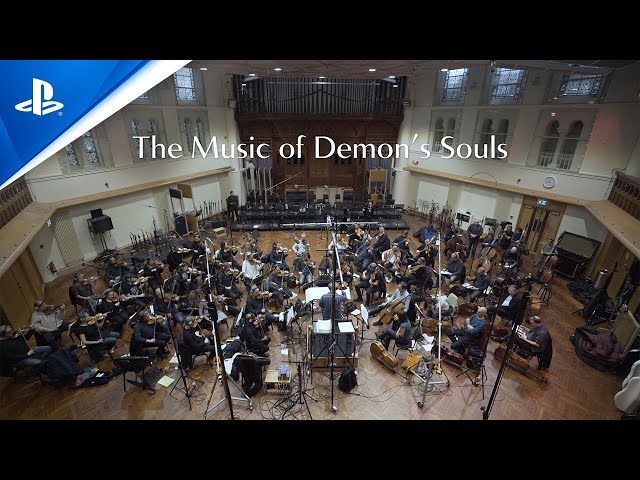 This is only intensified by its many next-gen bells and whistles, such as the sizeable bump in frame rate and its use of the DualSense’s haptic feedback and adaptive triggers. The haptics in particular help to ground you in your immediate surroundings, making you feel the shocking crash of steel on brick when your blade misses its mark, or the crumbling of boxes as you roll over them.

These next-gen features combined with the sheer visual splendour on display constantly reinforce that what you’re playing is something new, even if your muscle memory and intimate knowledge of the altered world around you say otherwise. Even for fresh-faced players, its old heart must surely bump up against the modern furnishings.

Throw in that this is Demon’s Souls through the lens of FromSoftware’s later work and you’ve got something approaching the ultimate launch title: a game never quite comfortable in the past or present.

On another level, the issue is that we continue to celebrate when older works are dragged into the present day and remoulded to match contemporary standards – but only to an extent; they must still meet our arbitrary expectations of faithfulness, even if this approach proves stifling.