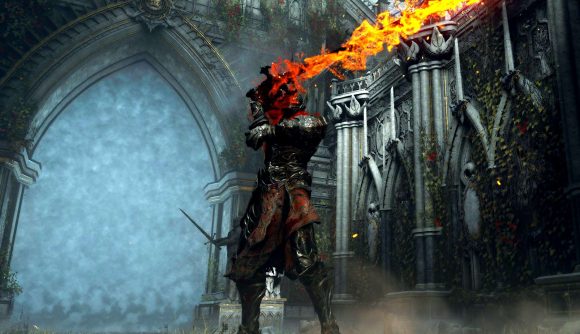 Bluepoint Games’ Demon’s Souls Remake is full of fun easter eggs and hidden items, but one dataminer is suggesting that there are still completely new secrets to uncover. Lance McDonald, a modder known for his Bloodborne 60fps patch, suggests on Twitter that there are still four new items for players to find in Demon’s Souls Remake, despite the game releasing well over a year ago.

According to McDonald, these four items can be found in Demon’s Souls’ game data, but there’s currently no way of knowing if they are actually obtainable in-game – until someone finds them, of course. “For now all I know [is that] there’s four undiscovered items, and what they’re called”, McDonald claims.

He’s keeping the rest of the information to himself, for now, to avoid spoiling any potential easter egg hunting – but, we could see a few interesting item names revealed soon, especially if they end up being completely unobtainable.

Bluepoint Games added several new items to its Demon’s Souls Remake – but they were only available in New Game Plus. These items, when collected, opened a locked hidden room full of new loot. Similarly, looking at Bluepoint Games’ Shadow of the Colossus remake, a hidden throne room was added with several new items inside. Players would need to collect 79 hidden coins to open this one, though – quite a few more items than the hidden room in the Demon’s Souls Remake.

This could mean that Demon’s Souls Remake’s still-hidden items could be gathered together behind another locked door – however, we’re not sure Bluepoint Games would add two easter eggs that follow the same format into one game.

McDonald is making it clear that there’s no way to know if players will actually be able to access these items, but this certainly wouldn’t be the first time an easter egg is found in a game over a year after launch.

We’ll keep you updated with any news about these items – happy hunting, Demon slayers.