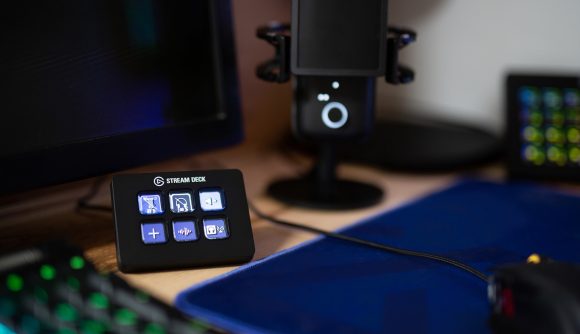 Streaming isn’t as easy as many people make out. With multiple outputs and levels to monitor, transitions to sort, and chat to listen to, streaming your games can be an overwhelming experience. But with the right gadgets – like the Elgato Stream Deck – you have all the tools you need to make those changes on the fly, pumping up your production value at the same time.

Elgato Stream Decks can set you back a pretty penny at the best of times, but for a limited time, you can pick one up at a discounted price on Amazon in both the United States and the United Kingdom.

These Stream Decks – which you can get with six, 16, and 32 buttons – allow you to set certain functions, like scene adjustments and volume control, to a set button, saving you plenty of time – and window flicking – in the process.

Elgato Stream Decks rarely go on sale, but since the company has just launched the new version of the deck,  this is a great opportunity to pick one up for less.