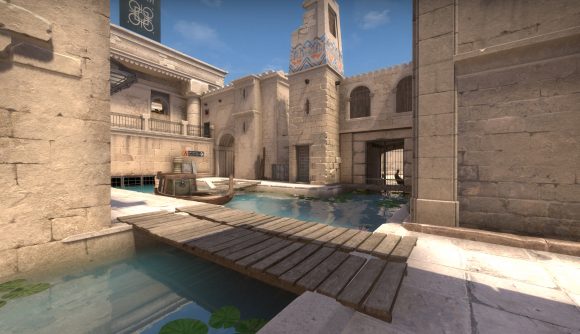 Since the end of Operation Shattered Web, Valve has been clearing out the cobwebs in Counter-Strike: Global Offensive. Although all traces of the operation have been removed from the game, there are new additions too.

Two new community created maps, Anubis and Chlorine, have been added to the official matchmaking pool for Scrimmage, Deathmatch, and Casual. The maps, which were two of the top finalists in Mapcore’s 2019 Exotic Places map contest, will replace Breach and Studio. The Prisma 2 case, a new weapons case, jammed full of shiny new skins has also been added.

Anubis is based on a temple for the Egyptian god of mummification and the afterlife, while Chlorine is a modern-day abandoned theme park set in the closing hours of the day. Anubis is a smaller map than Chlorine and has lots more tighter angles, while Chlorine is set across a sprawling park that allows more open play.

Today we’re saying goodbye to Operation Shattered Web and introducing the Prisma 2 Case alongside new Community maps. Anubis and Chlorine are in, and Breach and Studio are rotating out. Here’s today’s Release Notes: https://t.co/nOwSlaUBVn pic.twitter.com/Cow9h11J6V

Aside from the new additions, not much else has been changed. You can check out the full patch notes for yourself here.