When I booted up Crucible, Amazon Games’ new multiplayer, I had no idea what to expect. The game blends classic FPS mechanics with a MOBA levelling system, and as someone who’s sunk far too many hours into games like Counter-Strike: Global Offensive, PlayerUnknown’s Battlegrounds, and Call of Duty, I was curious to see how Relentless Studios’ game was going to look and feel.

The free-to-play PC game, which launches on Steam on May 20, draws inspiration from other hero shooters like Overwatch and Apex Legends, but brings plenty more to the table through its slew of characters – or ‘hunters’ as they’re described in game – that’ll fit pretty much any playstyle you have.

When you combine that with Crucible’s three game modes, which all offer something different, there really is something for everyone. Alpha Hunters, which is the game’s battle royale style mode, pits eight teams of two against each other on the edge of known space. While that sounds like a traditional battle royale, it comes with a twist. If your teammate dies mid-way through the game and you come across another solo player, you can offer an alliance and team up. However, that truce will be broken if you both make it to the final three.

In Heart of the Hives, two teams of four have to battle it out to destroy hives and secure three hearts, and in Harvester Command, two teams of eight play a mode that’s essentially domination mixed with team deathmatch. 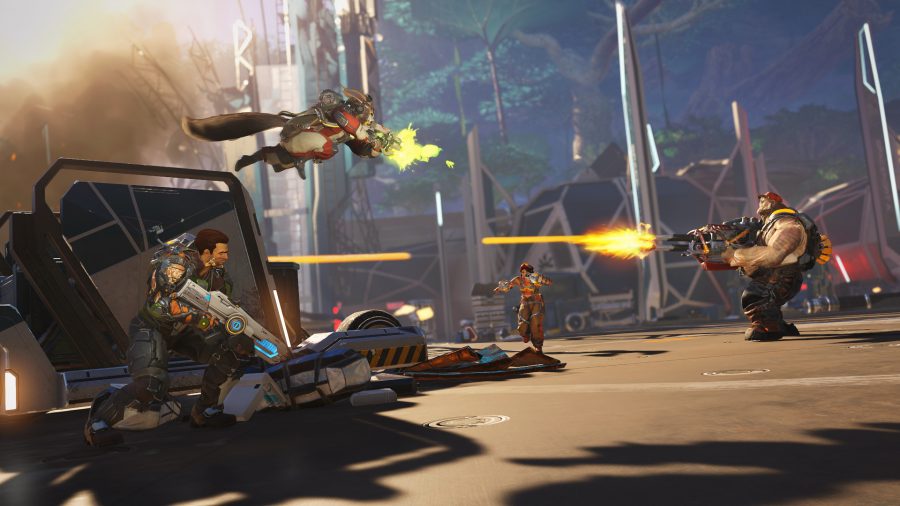 While the modes all offer something different, the hunters are what makes this game special. Crucible doesn’t have set roles, but it does have a levelling system that will help define your character and its impact in the later stages of the game. Because of this setup, hunters are geared towards specific playstyles and levelling them up by collecting ‘essence’, the game’s XP, is all part of the fun.

So, when it came to picking a hunter for my first Heart of the Hives game, I decide to play it safe and pick Captain Mendoza, a human character that looks and feels a little bit like Overwatch’s Soldier: 76. Mendoza is a pretty straight-forward hunter geared towards aggressive players who want fluid gameplay. He boasts a pulse rifle that’s easy to control and he can sprint long distances allowing you to run circles around your opponents. While he might seem pretty simple at first glance, Mendoza’s skill tree, which you can alter before a game, allows you to turn him into quite the soldier.

Since I like playing hard and fast, I switch his level one upgrade of the Teflexton Barrel, which basically improves bullet velocity for three flashbangs. For level three, I go for a med kit, and for my level five I choose an upgrade that makes my first six shots deadlier. While I opt for the more aggressive build, there were different paths I could have taken with Mendoza – all of which create different end-game hunters.

The levelling system adds a layer of unpredictability to the game which keeps it exciting. Since hunters are locked in before a match starts and players are given a short window to change their builds based on their opposing team’s composition, games are made more complicated. That’s why it is so important in Crucible to understand the build of your hunter – and the others around you before you go into a fight.

Show off your gameplay: How to stream on Twitch and more

Take Sazan, for example. The one woman army, who like League of Legends’ Aphelios, has several different weapons at her disposal that she can only reuse if she cycles them, can be built up in different ways. She can be made stealthier through a cloaking upgrade or made deadlier through a combination of others.  As every player has a different build, it is difficult to know who you’re really going up against in a fight.

It keeps the games fresh and competitive and that’s exactly what Amazon Games is trying to capture. Crucible has been in development for many years, and while it’s changed shape numerous times, it’s always been built with competitiveness in mind. To help with that, the publisher has worked with a number of professional players and content creators to find the right balance of making a game competitive while keeping a broader audience involved. However, there are some missing features that will truly enhance that experience. 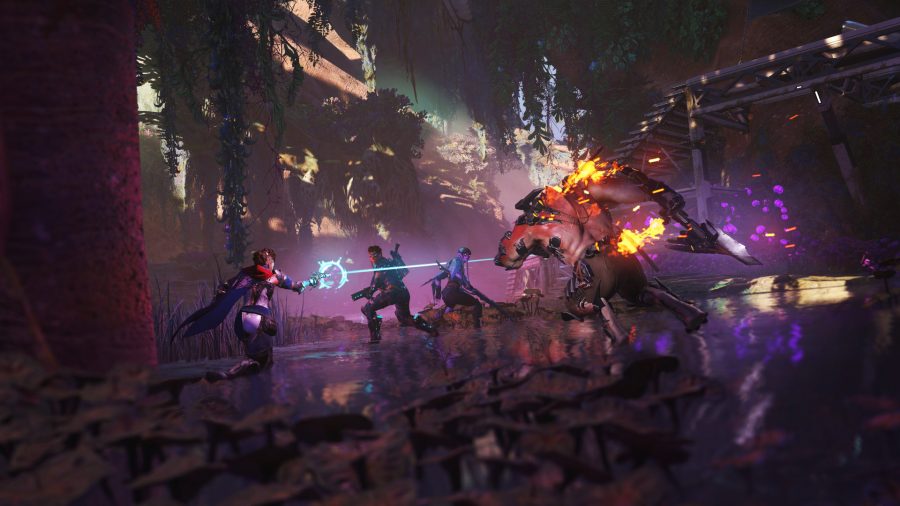 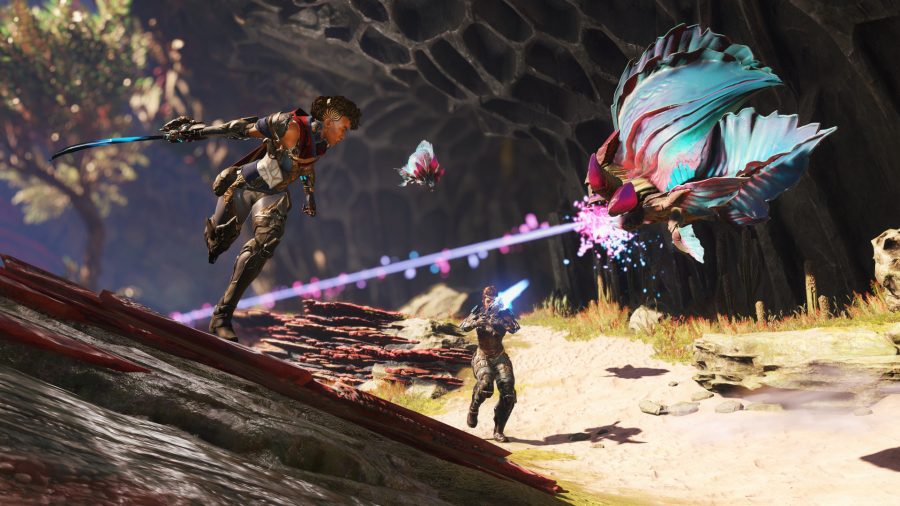 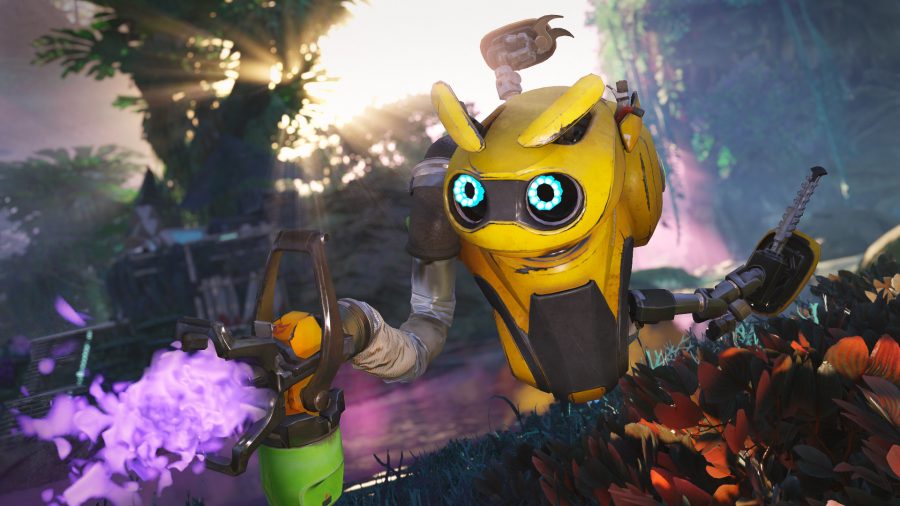 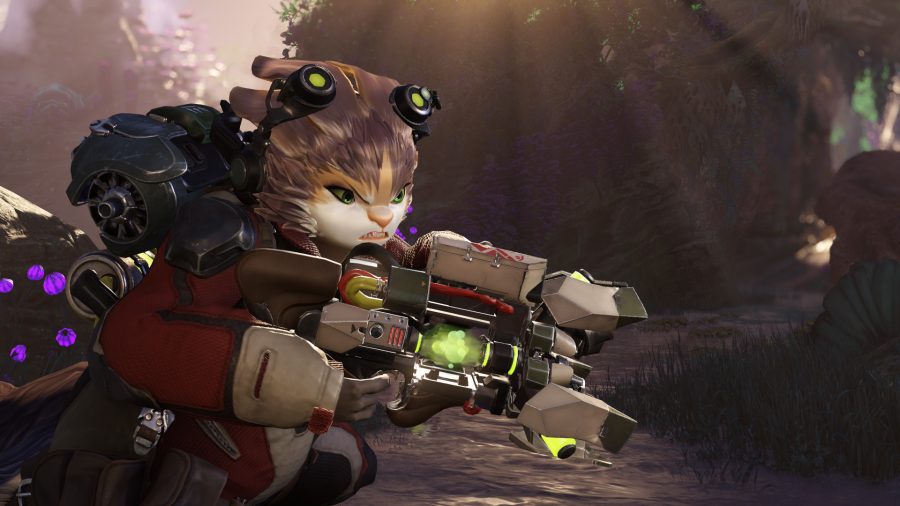 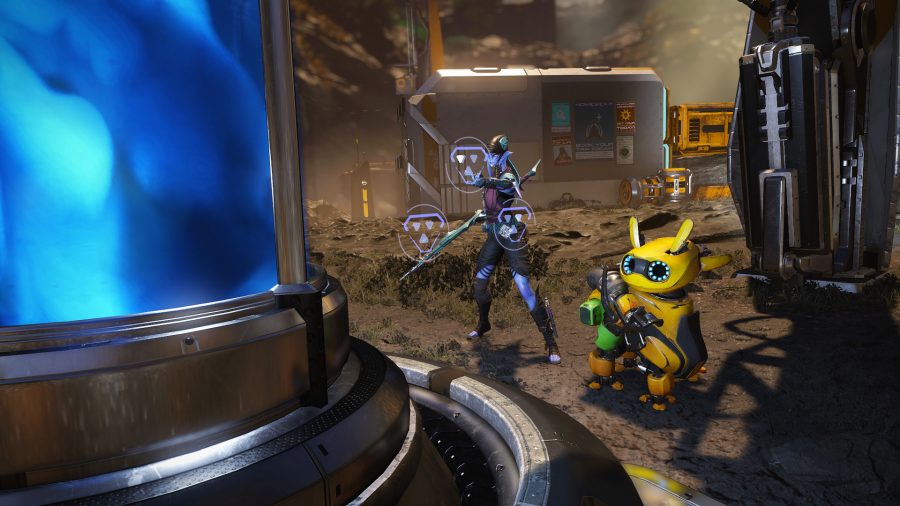 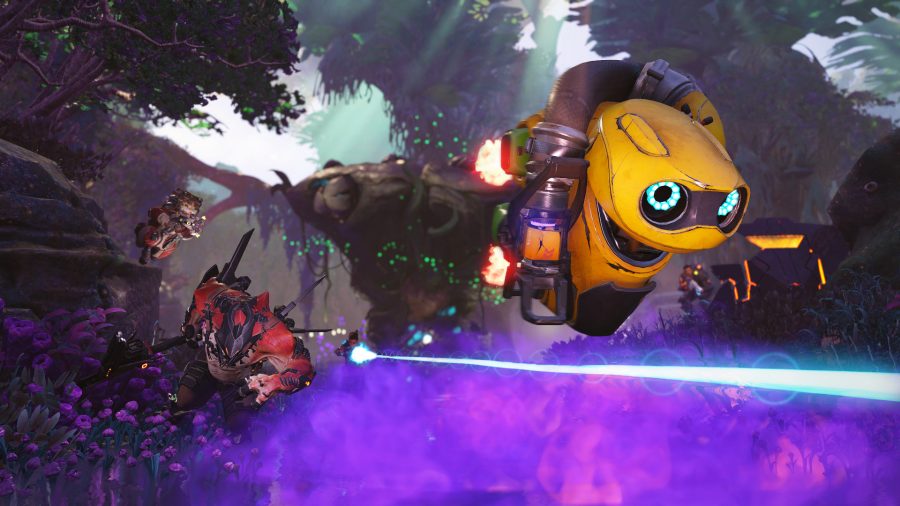 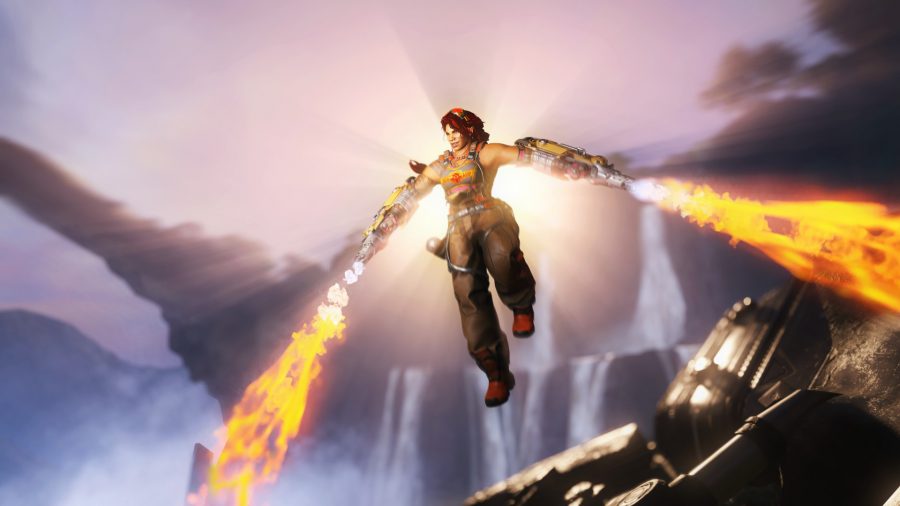 Currently there’s no voice chat, and as someone that experienced a team fight without two of my teammates able to hear me, it was pretty hellish. Plus, the lack of a ranked mode currently stops players from approaching games competitively. Without anything to work for – whether that’s a rank or an overall standing – the game will struggle to take off as anything but casually.

However, Amazon wants to build this game around its community and it is planning on adding these features in the near future.  We also know that Relentless Studios has built the game with Twitch in mind, so we’ll have to wait and see if it takes off in the same way Apex Legends did and how that will affect its development in the long run.

Regardless, if you’d have told me weeks ago that I’d enjoy playing a MOBA style hero-shooter, I’d have laughed in your face. The game has a long way to go if it wants to find its feet as a serious contender in the competitive multiplayer space, but the potential is there – Amazon Games and Relentless Studios just need to grasp the opportunity with both hands.