Verdansk, Call of Duty: Warzone’s big battleground is constantly being changed with every update and in Season 6, we’ve been given metros to play with. Now, if you’re stuck in the gas or in an intense firefight, you can hotfoot it to another location – provided you can find your way to the nearest Warzone subway station of course.

There are seven subway stations spread across the sprawling landscape of Verdansk, but they’re not well signposted. Each station will spawn two metros operating on different lines but they’ll take you to a new destination quickly providing you’re not in an active firefight. There’s also some pretty decent loot around if you’re a bit light on gear.

To make best use of the fast travel options presented by subways though, you’re first going to need to learn the location of each one. So without further ado, here’s everything we know about the Call of Duty: Warzone subway system, including their locations, loot, and rules of play.

Verdansk currently has seven subway stations spread across the map that can be accessed from a standard terminal which is signposted by a big M logo. They also have curved roofs covering the steep descent downward, so they shouldn’t be too hard to miss. 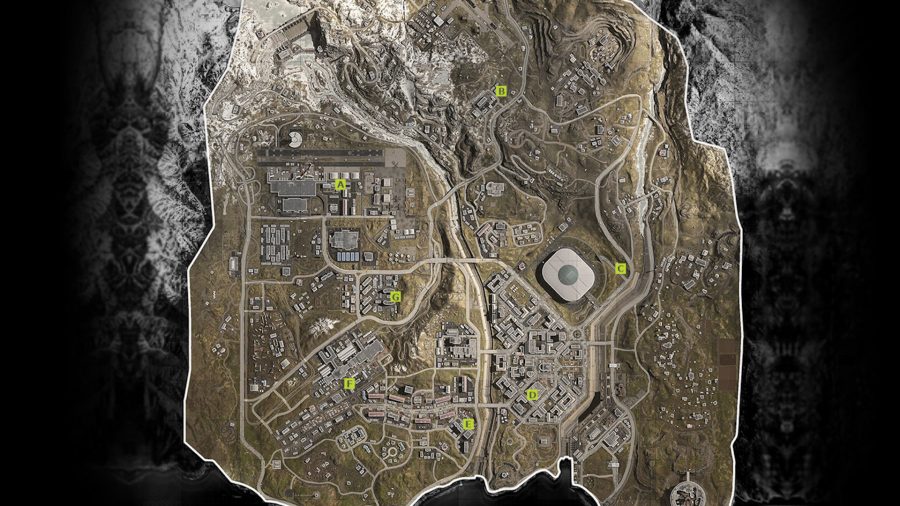 The layout of each station is the same – they all have two platforms which are clearly labelled with the next stop. They also have side rooms with loot and a ladder – perfect if you need to sneak up on someone.

However, be warned – subway stations pose a few threats. Firstly, the tracks are electrified (obviously), so you’re going to want to avoid stepping on them when jumping from platform to platform. The metros will also not leave if there’s an active firefight in the station, so don’t barricade yourself in one expecting to fast travel to the next destination.

It’s also worth noting that in the later stages of the game, metros will travel to stations covered by the gas. If a station that’s already out of the circle is your next stop – pray that you’ve got a gas mask and big lungs.

So there you have it, that’s how to find and use Warzone’s subway system. Using the tracks could be the difference between life and death, so get yourself a NICKMERCS Warzone loadout and go to war.