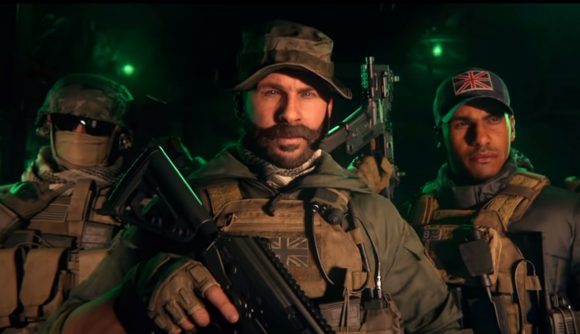 The next season of Call of Duty: Modern Warfare and its free-to-play battle royale mode Warzone has been delayed. Activision and Infinity Ward took the decision to delay Season 4 in the wake of nationwide protests in the United States of America against police violence. Call of Duty: Mobile’s upcoming season has also been delayed.

“While we all look forward to playing the new seasons of Modern Warfare, Warzone, and Call of Duty: Mobile, now is not the time,” Activision’s statement says. “We are moving the launches of Modern Warfare Season 4 and Call of Duty: Season 7 to later dates. Right now it’s time for those speaking up for equality, justice, and change to be seen and heard. We stand alongside you.”

Call of Duty: Modern Warfare Season 4, which brings Captain Price into the fray, was due to go live tomorrow (June 3). It’s now unclear when this update will go live.

This delay isn’t exactly a big surprise, though. Activision and Infinity Ward join the likes of Sony and Electronic Arts who both announced yesterday they were going to delay a scheduled PlayStation 5 event and the reveal of Madden NFL 21 respectively.