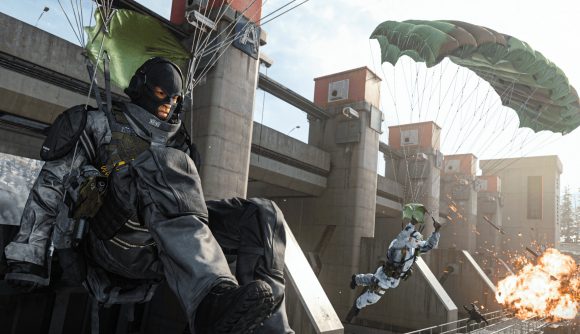 Call of Duty: Warzone is one of the biggest battle royales out there at the moment, but like many online games, it’s riddled with cheaters. While Activision and Infinity Ward have made some progress banning tens of thousands of accounts from the game, it seems they’re taking things one step further by making new PC players set up two-factor authentication.

The new measure, which was announced on Twitter earlier today [via VGC], will require new PC players to authenticate their accounts via their phone. This should prevent cheaters from setting up new accounts and ruin games for other people. It also means Infinity Ward has less accounts to track when it comes to suspicious activity.

Of course, cheating isn’t limited to just PC players, but the studio has already confirmed that’s where the bulk of cheaters seems to be playing. This has resulted in players calling for the suspension of cross-play in-game, but it seems highly unlikely this action will be taken.

The addition of 2FA is the latest in a long line of security updates. Infinity Ward recently announced suspected cheaters would be matched together, and a report function was added to killcams to make it easier for players to highlight suspicious plays.

The war against cheating is a long and arduous process and while Infinity Ward has done a pretty decent job so far, there’s still a long way to go.