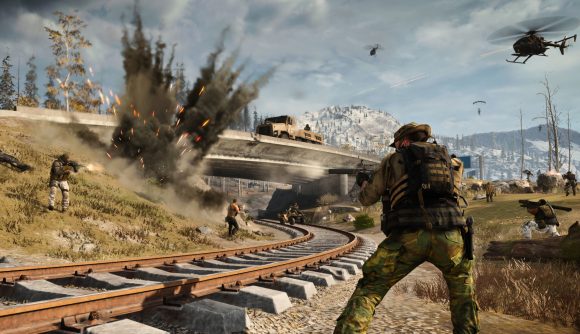 Call of Duty: Modern Warfare’s latest update brought loads of changes to the battlefield, but one change that most Warzone players will be happy about is the nerf to the Grau 5.56. The powerful assault rifle, which is a popular pick among players, has finally been nerfed into oblivion.

The gun’s had a significant damage reduction, an increase in “high frequency recoil” and a reduction of range to both of the barrels available. The MP5, also a popular pick for those who prefer to get up, close, and personal, has also had its damage range nerfed. For those of you who like sniping, we’ve got good news – practically all the rifles and DMRs have been buffed.

Weapon changes aren’t the only thing of interest this patch, though. The Gulag is getting another refresh, so you’ll find semi-automatic weapons, including sniper rifles, there now, plus there’s even a chance you’ll be thrown into a fight with just throwing knives or fists.

You’ll also no longer need to scream “team wipe, team wipe,” at your squadmates during a hectic firefight, since the message will now flash up for everyone in the latest patch.

This is good news given that 200-person Quads have also been added to Warzone in this patch. This means 50 teams of four will be doing battle in Verdansk, so get ready to get stuck in.

Read on for the full patch notes, which you can also find here.